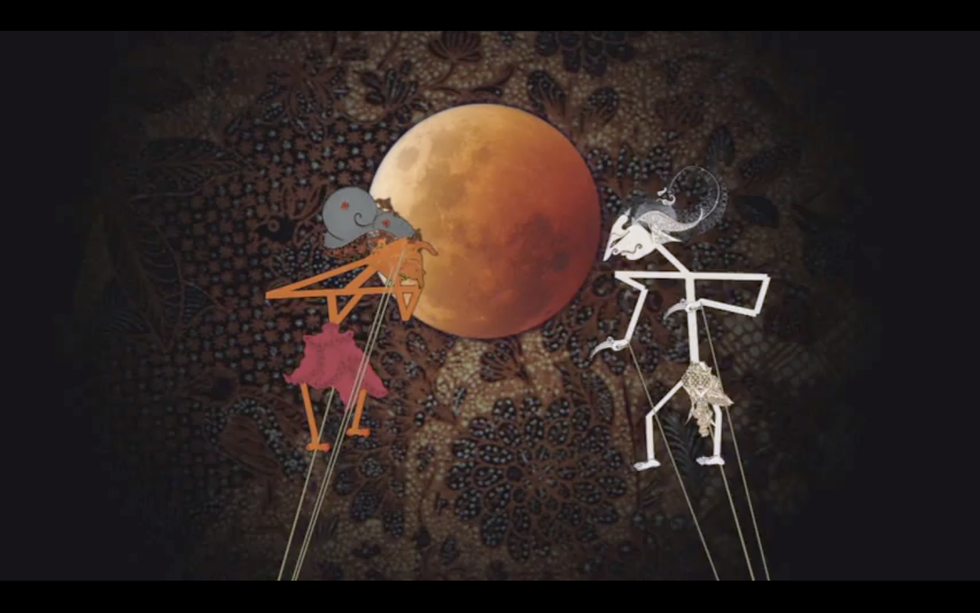 Saadi's "Snowyman" plays like an eclectic modern-tribal joint — combining fierce drumming with electronic beeps, indie vocals and about a million other things in between. The track's music video illustrates the ancient Indonesian folklore of Jaka Tarub and Nawang Wulan:

Nawang descends to earth with her sisters to bathe during a simultaneous winter solstice and lunar eclipse. Jaka spies her and falls in love, stealing her cloak to keep her on earth. She weeps for her loss and Jaka comforts her. They soon marry and have a child, who unwittingly discovers the cloak. Nawang confronts Jaka and returns to her home in the moon.

Grab the Snowyman 7", available now from Ditter Down. Watch the clip above. Directed by Nerenda Eid and animated by Antonius Wiriadjaja.