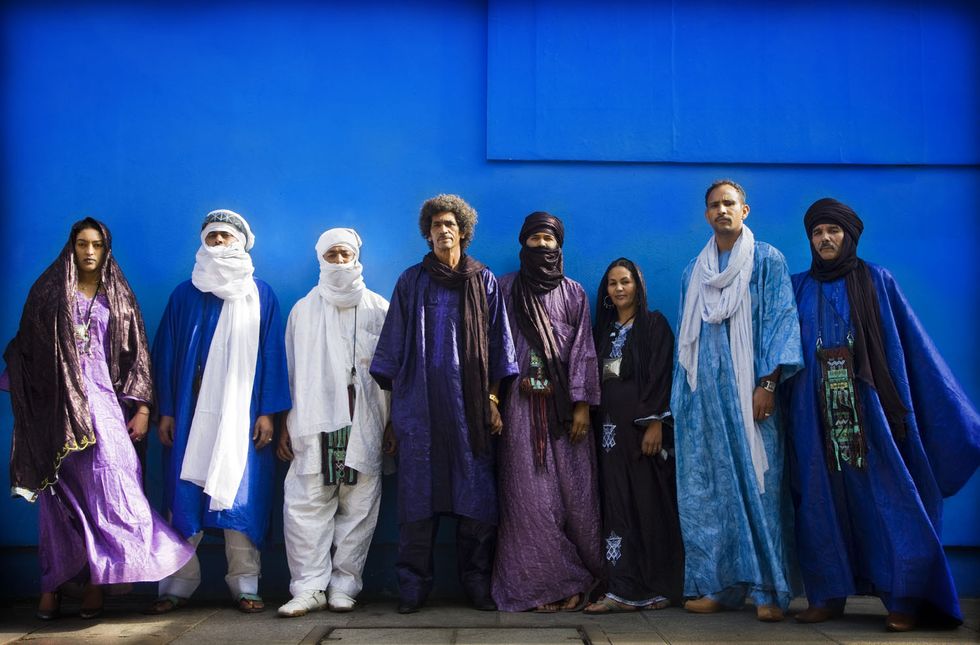 Tinariwen were recently joined onstage by Flea and Josh Klinghoffer of Red Hot Chili Peppers for an extended jam on 2007 Aman Iman LP track "Cler Achel".  The Tuareg band's been rubbing elbows with a slew of big names recently — most notably collaboratingTV on the Radio, playing with Bono and being interviewed by Stephen Colbert.

Tinariwen will be releasing a special edition of their, album of the year choice, Tassili for Record Store day which will include remixes from Animal Collective and Four Tet. Watch the clip above and see the full remix tracklist below.

EDIT: Afropop has a convoluted piece on the failure of music media covering Tinariwen but not addressing the current situation in Mali — in which they directly link to this article as an example. The omission of the Mali coup was simply due to unfamiliarity with the topic. Basically, as a music writer I don't want nor desire to delve into a political issue I'm not well schooled in. Regardless, there should've been a mention of the Mali situation, if only brief, in the post. Read about it from the pros. And look for a proper article on it here soon from a someone that can properly/fairly address the issue.