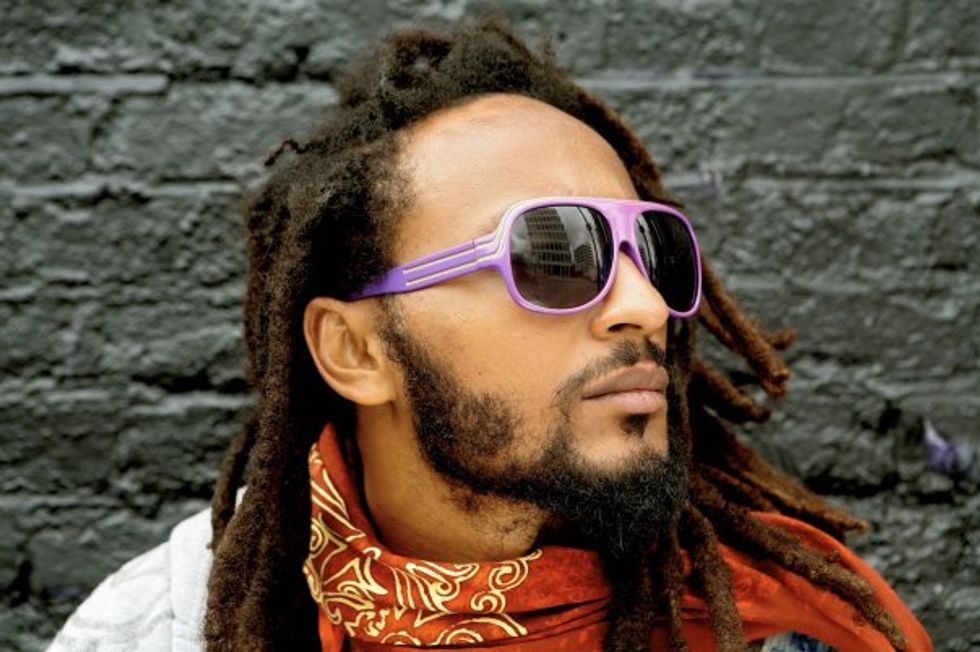 Wanlov the Kubolor - activist, environmentalist, and all around musical genius - has just released “For the River,” a reimagining of New Zealand singer Hollie Smith’s Pop-Gospel (Pospel?) song “Bathe in the River.” While the new version retains the same humanist spirit as the original, Wanlov couples his distinctive Pidgin rapping style with a decidedly environmentalist twist. While he’d like to bathe in the rivers of his native Ghana, it would be hard to rejuvenate the spirit amidst sewage, oil, and garbage. Despite the morose nature of the lyrics, the song has an upbeat sound. It’s a juxtaposition that is representative of Wanlov himself, a barefoot socially-conscious rapper that isn’t above making a dance track or two.

The video was conceived as a segment for New Zealand DJ and TV personality Nick Dwyer’s traveling music show Making Tracks. In a recent episode Dwyer traveled to Ghana to meet the Wanlov aka The Prince of Pidgin, and have him rework Smith’s smash hit.

The song couldn’t have come at a better time. The Environmental Film Festival of Accra kicks off June 7 and runs through the 19th, and “For the River” has been named the official video of the festival. Wanlov is also set to embark on a European tour next month to promote the debut of his latest album, Brown Card - full tour dates after the jump.