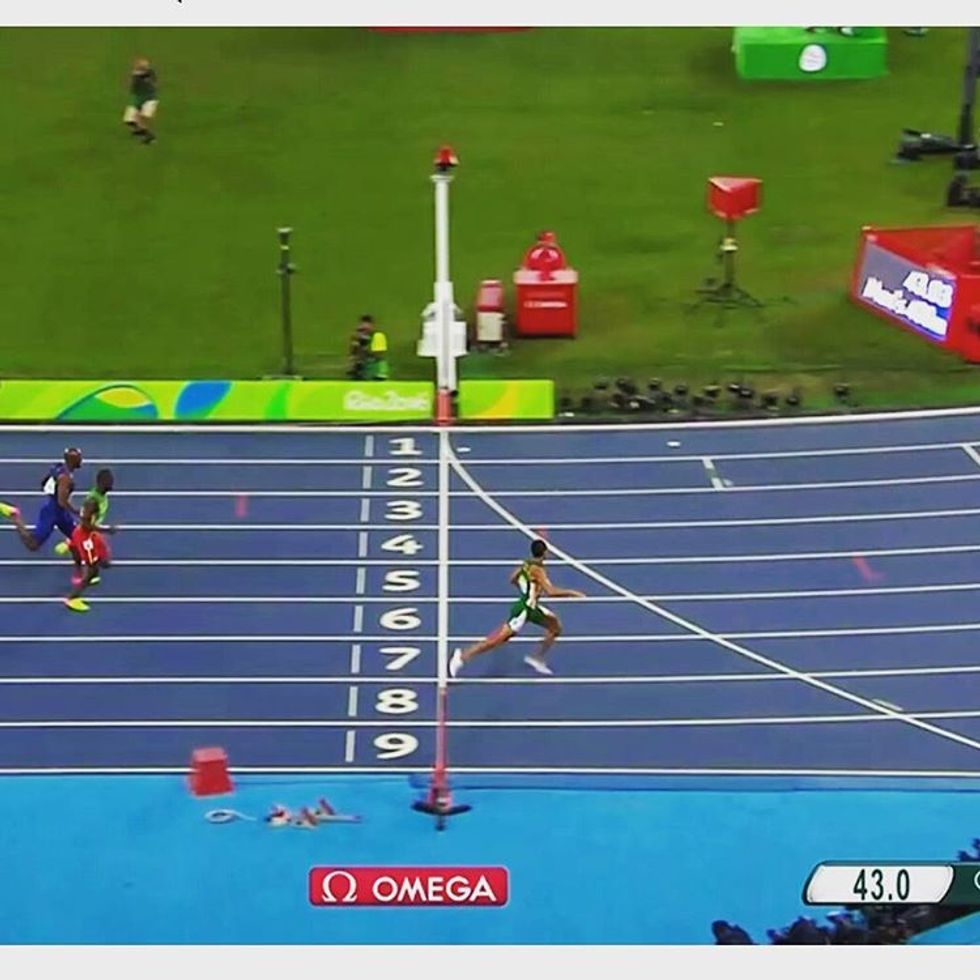 Wayde van Niekerk exploded out of the blocks, winning a gold medal for South Africa and smashing the world record in the men's 400 meter race.

Wayde van Niekerk would not see his opponents until after crossing the finish line.

The 24-year-old runner from Kraaifontein, Cape Town ran the race of his young career, Sunday night in Rio, breaking American track-legend Michael Johnson's record from the 1999 Seville Olympics by .15 of a second.

Niekerk ran the men's 400 meter final in lane eight, on the outside of the curve, a position which had never seen a winner—until now. His two nearest rivals, the formidable duo of Grenada’s Kirani James and the United States’ LaShawn Merritt—the defending Olympic champion and the 2008 Olympic champion respectively—never even entered his line of sight.

Wayde van Niekerk just broke the world record for 400m and won gold. #history #amazing This matters, because his mom couldn't compete due to apartheid. Horrible but true. So proud to see him win it all today. #SouthAfrican #trackandfield #runner #winner #gold #RioOlympics #proud #vanniekerk #champion

If you were watching the American broadcast, NBC pre-empted the Men's 400 meter final with a slickly produced segment on van Niekerk's relationship with Ans Botha, his 74-year-old coach at the University of the Free State, as well as on van Niekerk's mother, Odessa Swartz, a promising athlete in her own right who was prevented from competing at the international level by the then apartheid regime. It leant quite the narrative arc to the race with many close-ups of Botha emoting as van Niekerk crossed the finish line.