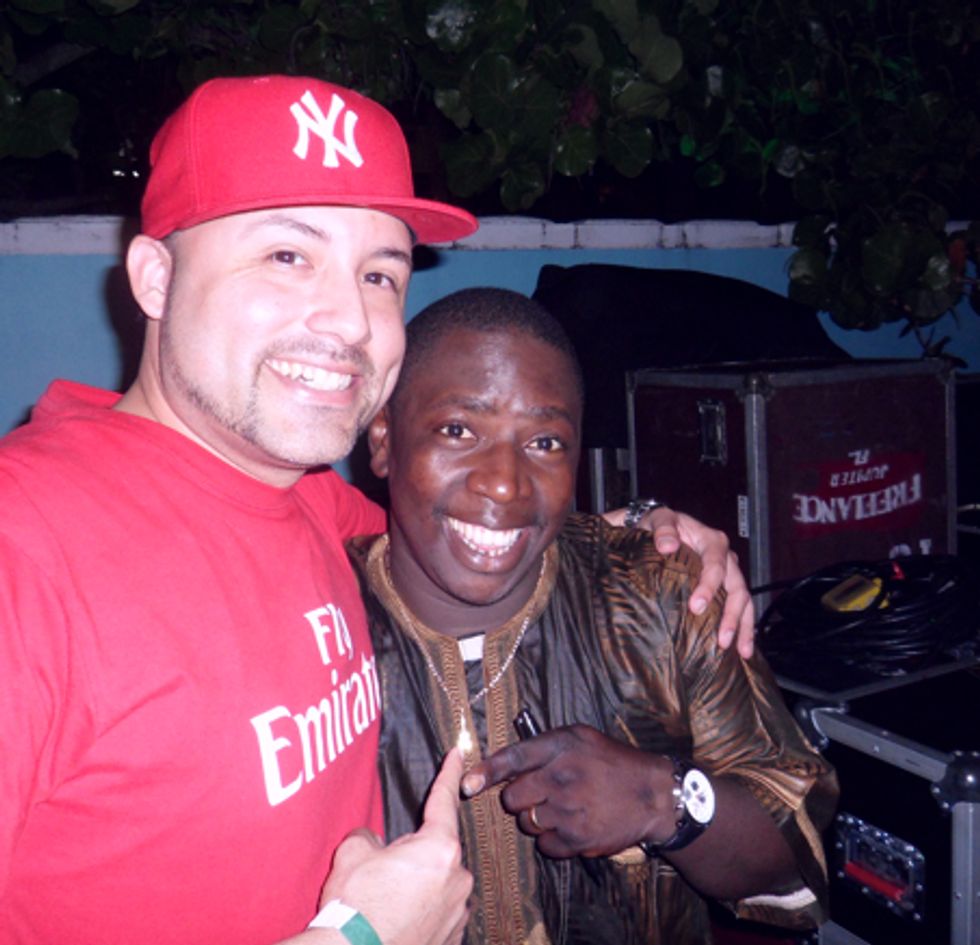 Soccer isn't the only thing that's benefiting from all of the media coverage coming out of South Africa this month. Millions of viewers worldwide have also been exposed to some to some of Africa’s most talented musicians -- especially those who were featured in the kick-off concert, including Angelique Kidjo, Amadou & Mariam and Vieux Farka Touré to name a few.

Touré is the son of legendary Malian musician Ali Farka Touré, and is most recognized by last year's critically-acclaimed album Fondo.

Weeks before the World Cup, I had a chance to see Vieux Farka Touré in concert at the Transatlantic Festival in Miami.  Not only is Vieux one of the best guitarists I've seen, but he clearly has the makings of an international star (not to mention his comedic prowess). Below is a pic of us after one of his pranks.