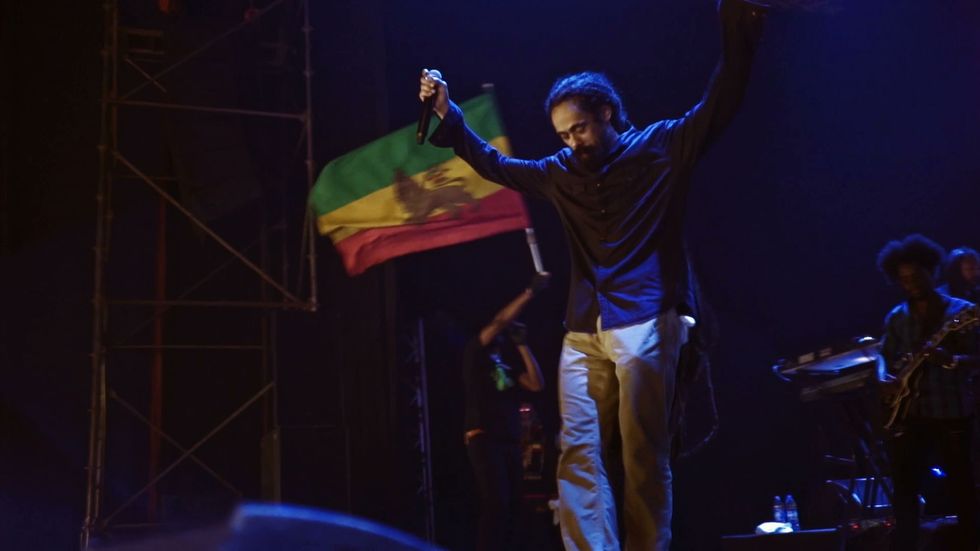 We speak to Damian "Jr. Gong" Marley about what going to Africa means to him and his new docu-series, "Stony Hill to Addis."

A week after releasing his first solo album in over a decade, Damian 'Jr. Gong' Marley shares his journey touring the continent in this docu-series on TIDAL.

Directed by B+, Stony Hill to Addis is a visually melodic ode to Marley returning home and jamming with his fans.

"Africa plays a big part in my life and my upbringing in Jamaica, in reggae music and as a Rasta," he says in an interview with OkayAfrica. "Inherently there's that vibe to want to go to Africa."

The three-part documentary takes us through Jr. Gong's concerts and experience in South Africa, Kenya and Ethiopia. Despite the challenges he faced to organize the tour, it was a must to show that it's possible to tour the continent like one would anywhere else in the world.

"It's always been an ambition of mine to tour Africa. I always really wanted to go and do more than one show," Marley adds. "Most of the time when we go to Africa, we go to one country or two. And I kept on saying, 'Well, why can't we tour Africa the way that we tour Europe?' So, it really took a while for us to be able to get a string of dates together that worked out, you know?"

This tour was also a moment to continue document parts of Africa that many still haven't seen.

"It's important to let people know that we've been there, to showcase what we've been trying to do with our music, and that side of Africa that most people are not expecting," he says. "When you're living in America, most of the media that you see about Africa is about wildlife and about nature, you know, animals and stuff like that. You don't really get to see a lot of what's happening in the metropolitan area. You know what I mean?"

Premiering on OkayAfrica, watch Stony Hill to Addis on TIDAL below.