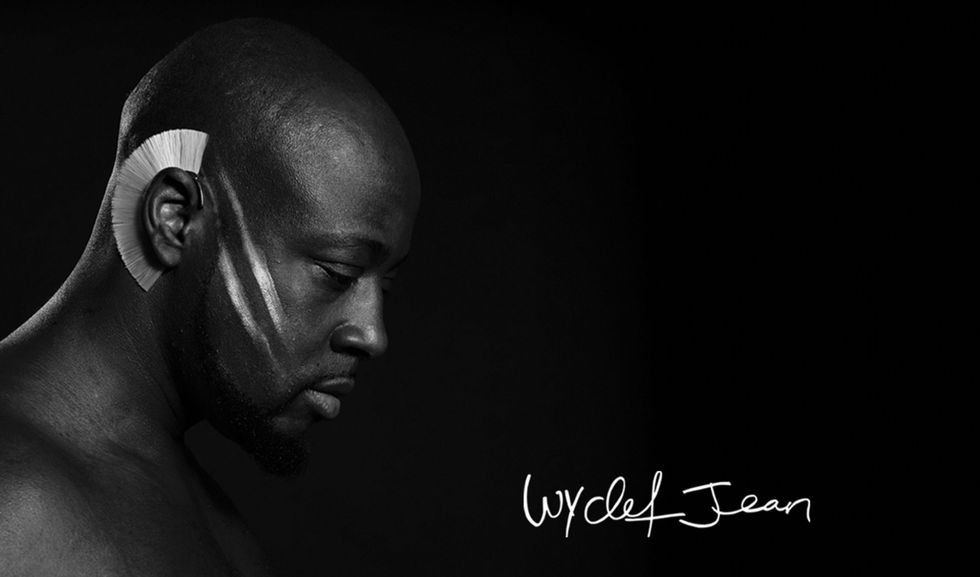 Wyclef Jean’s The Carnival was released 20 years ago. To mark its anniversary this year, Jean plans to release an album in the summer called Carnival III: Road To Clefication.

J’ouvert, released last month, is a stop gap. Once reliable delineations of form, like EPs and mixtapes, now seem like petty contrivances, especially when they often function the same. Describing it as “deluxe preview album” on Apple Music is a fine attempt at image overhaul that nearly convinces.

It's first single “I Swear” may have its provenance in Young Thug’s adoration of Jean, but it also works to reclaim grounds lost to Drake and his sonic excursions to the Caribbean.

Track eight might be called “Hendrix,” but on account of the drug lord’s name being a lead refrain in the chorus, it should rightly be called “El Chapo.” But despite the trap flourish and kingpin associations, this is really a tale of the caution which Jean took in choosing music over street life.

Tangentially, and as if to correct an intractable misconception about one of his more popular songs, he asserts that “gone 'til november, he ain't coming back/I was talking about my homies man that sold crack."

Jean saves his most impassioned singing for album closer “Ne Me Quitte Pas,” sung entirely in French. Illiteracy in the language might have influenced this hopeless anglophone’s admiration, but it's also a reminder of Jean’s complexities as a multi-lingual, multi-instrumentalist who raps as well as he sings, and is as socio-political as he is one with “the streets.”

Jean has long wanted to run the affairs of Haiti, his country of birth. “If I was president” would seem to be about the fulfillment and futility of wishes, “assassinated on Saturday...and on Monday everybody goes back to work.”

This song, more than others, best encapsulates the Wyclef Jean of today in that it brings together his more prominent preoccupations—his distinct singing voice, which sounds as rich and homely as it ever did, his guitar, his hip-hop background and his socio-political activism.