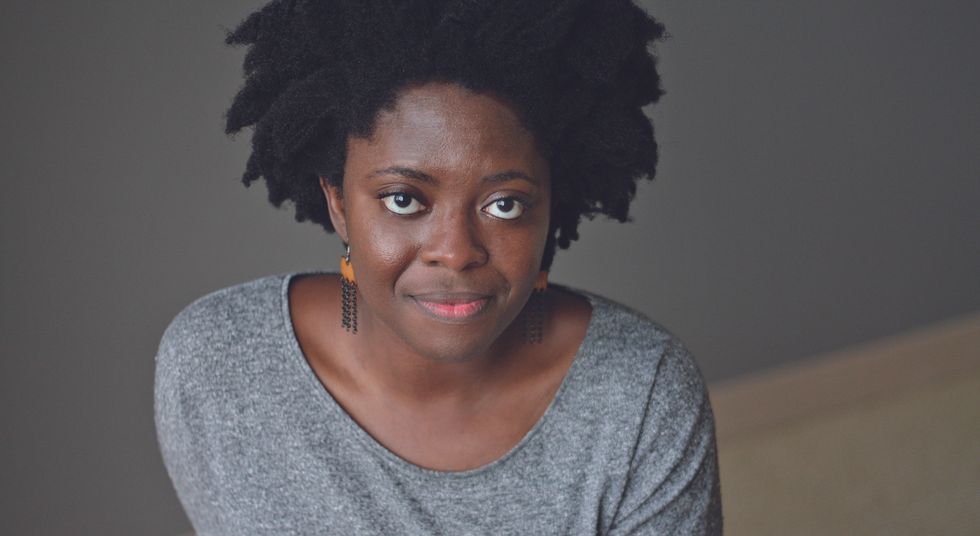 Yaa Gyasi’s first book is an emotional look at eight generations through some of the most harrowing times in African history.

There is a fire that burns over the course of three centuries in Berkeley-based Yaa Gyasi’s debut novel,Homegoing, which debuted June 7 from Knopf. The fire, both literal and metaphorical, is a fixture within Asante spirituality and a starting point for her characters who must come to terms with warfare the Atlantic slave trade and its residual effect on their offspring.

Beginning in the 18th century up until present day, Homegoing reads as a series of interconnected short stories with each chapter dedicated to a member of the family lineage. Each descendant is tracked across Ghana, or as part of the African diaspora in the United States, as they fight against various adversities, familial, cultural, and political through historical events such as the advent of cocoa farming, the Anglo-Asante wars, or the great migration.

Gyasi, who immigrated to the United States from Ghana when she was two, and grew up in Alabama. She studied English at Stanford and then earned her MFA at the prestigious Iowa Writer’s Workshop. In 2009, Gyasi received a research grant from Stanford to write a novel set in Ghana. Upon her arrival, however, she changed course from an earlier idea: “I realized my original idea wasn’t panning out. A friend came to visit and we decided to go to Cape Coast Castle, which was a slave castle, and that was the genesis of the idea for this book.”

Several years and about 100 trashed pages after her visit to Ghana, Gyasi began reading William St. Clair’sThe Door of No Return, which examines Cape Coast Castle as Britain’s headquarters during the trade. “It takes you through the castle in and around the time period I was writing in,” Gyasi says. “It had a chapter about the women and about the children, and allowed me to get an idea of what it might have been like to live there.” Ghanaian non-fiction works, A Handbook on Asante Culture by Osei Kwadwo and Spirituality, Gender, and Power in Asante History by Emmanuel Akyeampong and Pashington Obeng, grounded Gyasi’s view of Asante mysticism.

Using these sources, the novel surfaces uncomfortable truths long buried by political systems, both in the United States and in Ghana. In one instance, Gyasi relays how stolen peoples from nearby tribes were stacked on top of each other in the castle’s cellars, and Ghanaian women were sold by their parents as second wives for the British officers living there. In another, she uncovered the post-Civil War practice of convict leasing. “I’d never heard about the convict leasing system, or learned about it, and I grew up in Alabama, which is a state that practiced it,” Gyasi says. “There was an incredibly long period after the civil war where black men could be locked up for vagrancy—which basically means nothing—and then the state could sell them to coal mines or railroad companies, and re-enslave.”

Crucially, Gyasi is clear that she doesn't claim to be writing as an African-American or African; she’s Ghanaian-American. “I didn’t grow up in Ghana and I’m not an African-American,” Gyasi says. “I don’t have the cultural and historical legacy that African-Americans have. But, I grew up in Alabama, and I got to see the effects of what slavery left in one of the states it’s still so strongly felt in.”

The history, she says, is meant to be atmospheric against immediate familial issues and consequences—the same hopes and fears that we’re all constantly thinking about and reacting to. “There are things going on today in our present situation that don’t feel as though they’re deeply impacting our lives,” Gyasi says. “Only in hindsight do we see the ways in which we are responding to them.”