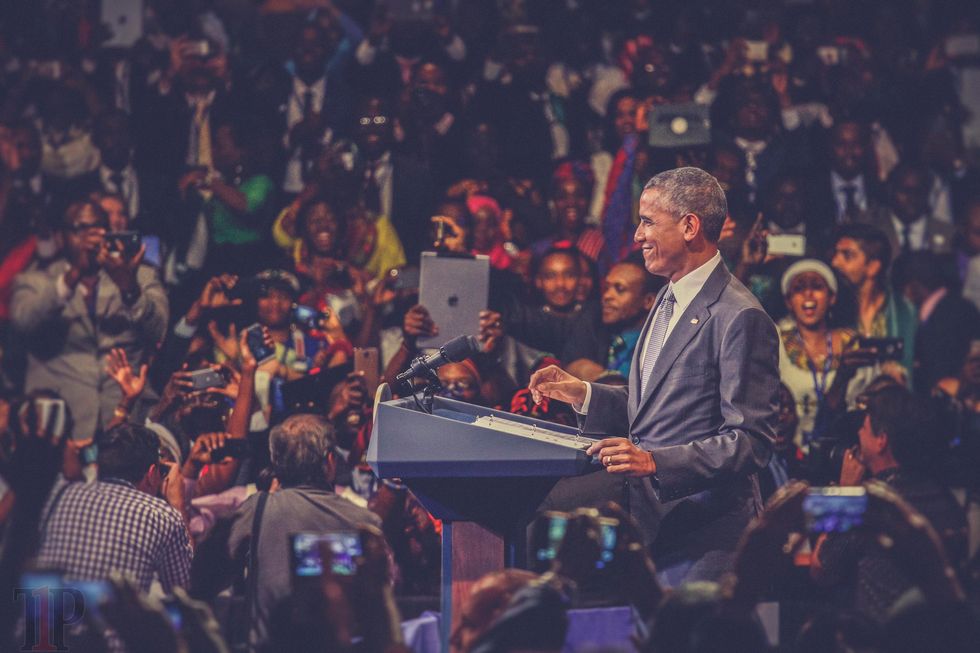 A thousand participants came to the three-day YALI summit in Washington Monday, where in its sixth year, is an initiative to support young African entrepreneurs, activists and public officials who are on the come up.

In yesterday’s address, Obama told the crowd of his four trips to the continent—which is more than any other U.S. president.

“Today’s Africa is a place of unprecedented prosperity and opportunities," he tells the crowd.

He also notes how imperative it is for First Lady Michelle Obama and himself to instill and teach their diverse cultural heritage to their daughters Malia and Sasha, including POTUS’ Kenyan heritage.

Last year, Okayafrica had Mandela Washington Fellow, Brian ‘B Flow’ Bwembya, join the editorial team, where he brought great content from Zambia to our site. Obama also took some time during the 2015 town hall to give him a shout-out.

Watch below for the full address, where Obama touches on his work to transform America’s relationship with the continent, how America’s learned from the YALI fellows as much as they learn from their own experiences in the States and more.