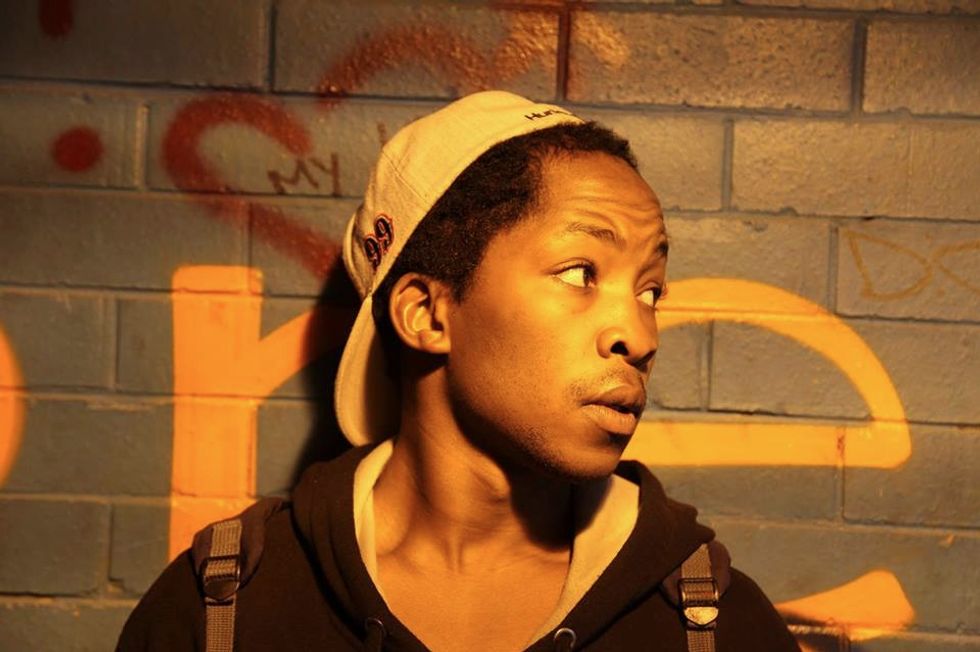 Cape Town-based MC Yannick Da Rap Mechanic is adding a new flavor to backpack rap in the Mother City– a convergence of music traditions from Ali Shaheed behind the deck to the gritty wordplay of Illmatic. In a word Da Rap Mechanic cooks up jazzy concoctions served raw. We spoke to Yannick to get to know the future of Cape Town hip-hop. Expect more tracks and a video in the coming weeks. For now, listen to these standouts below.

Shiba for OKA: Go ahead and introduce yourself. Who, what, where and how is Yannick The Rap Mechanic?

Yannick: I’m a rapper from Cape Town born and bred. Im also a film student doing my last year. I write about everything that’s happening in my life, so I’ll talk about family and friends etc. Ex girlfriends, girlfriends... Just any sh*t I been through that other people have been through as well. In my music I try to speak the real and sound “nice” at the same time.

OKA: When did you know you had a way with words?

Yannick: I had an English assignment in the 7th grade, we were tasked to write a poem about somebody in class and then we had to say the poem in front of everyone! My teacher told me that that wasn’t a poem but a rap verse. My peers loved it, and that’s basically how I found out I can rap.

Yannick: There are a lot of dope ass rappers here in CPT, it's just that we’re not exposed as much as the Joburg rappers. But that’s going to change very soon, hopefully soon the game will change. I will even go as far as saying that the talent here is much better than in Jozi. When people say rappers here are all the same, they forget to say... “excluding Yannick.”

OKA: Tell us a bit about the video for "State of Mind" you just recorded. Apparently it was shot on your friend’s roof…?

Yannick: We had a college assignment, but we couldn’t shoot that day because it was raining. So we decided to shoot a video for da rap mechanic, and that was the only track we had on us at the time and we shot that. We never knew that people would love it as much as they did. But the longer video is yet to come, I have this new track with my talented girl Lauren Bee that just came out though [“Take You Home”].

OKA: Who are some of your influences?

Yannick:Nas, J.Cole, Eminem... I rap like I do today because of these guys. Their music has helped me to find myself within rap, now I do a style I’m most comfortable with, and is unique and is mine, and belongs to me.

OKA: Where can we see more of your stuff?