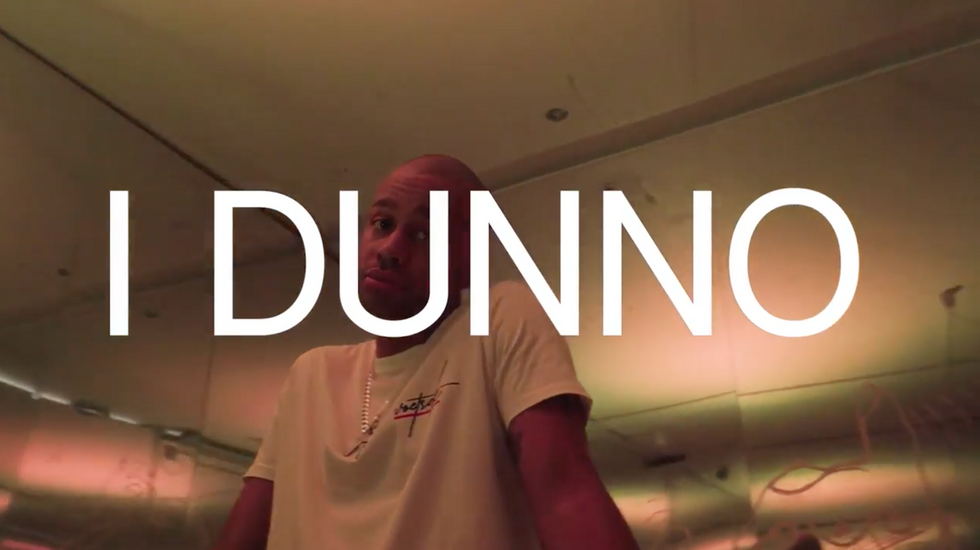 But last week, Friday, he released a new music video from, The Cape & Good Dope, a mixtape he released in 2016, with the production group Ganja Beatz.

"I Dunno" was one of the standout songs on the project, and the rapper seems to not have forgotten about it. The minimalist video for "I Dunno," which is directed by Gabby Dadgostar, features him rapping to the camera in a room that looks like a dance studio, with mirrors on the walls, and pretty much nothing else.

Watch the music video below, and revisit the mixtape underneath.