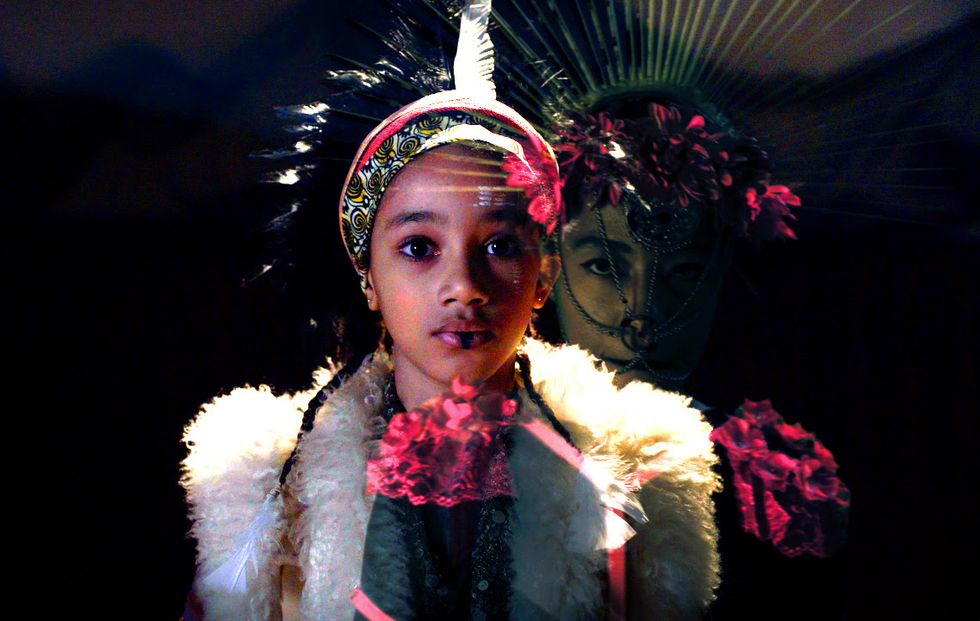 As is usually the case with Yugen's craft, the video is as layered with symbolism as her lyrics are. Hip-hop in the form of break dancing is intertwined with characters that may appear otherworldly to you and I.

The director of the music video, Yann Marquis said:

"For this music video I focused on animating the artist's metaphors without illustrating them in a strictly literal way. From her prose I let emerge a collection of hybrid and extraordinary characters. These characters commune to represent a form of transversality. Transversality of time (youth-old age), of matter (organic-electric), of genre (masculine-feminine) and of species (animal-human)."

Yugen spits fire like some of the characters in the video, rapping:

"360, spiral the neck like a vulture goddess/ Milky way cartons in the energies I harness/ And my mindset, I'm high as the sky gets, multiple sunsets/ Capturing thoughts with a butterfly net/ 'Cause true reality runs deeper than the concept/ To the spectrum of your consciousness

And pigment's only context/ This race can only be won if the psyche is steady/ Even Frankenstein began as a dream, in the mind of Mary Shelley"

The MC breaks down the concept of the song as follows:

"In old Mythology, Medusa (The Gorgon) is cursed by Zeus and is made a monster that man must fear. No one can look into her eyes as they'll be turned to stone. The Virgin Mary (The Black Madonna) in religion, as much as she's the vessel that carries the Christ into the world, is somehow excluded from the Holy Trinity. It is out of this vilification and exclusion of the female element that these two entities meet. Both inspire fear in Man. The Gorgon Madonna is the wrath of Medusa and Mary. The Divine Feminine in the guise of the ultimate warrior: the woman scorned."

Watch the music video for "Gorgon Madonna" below, and download Anima Mysterium here or stream it underneath.