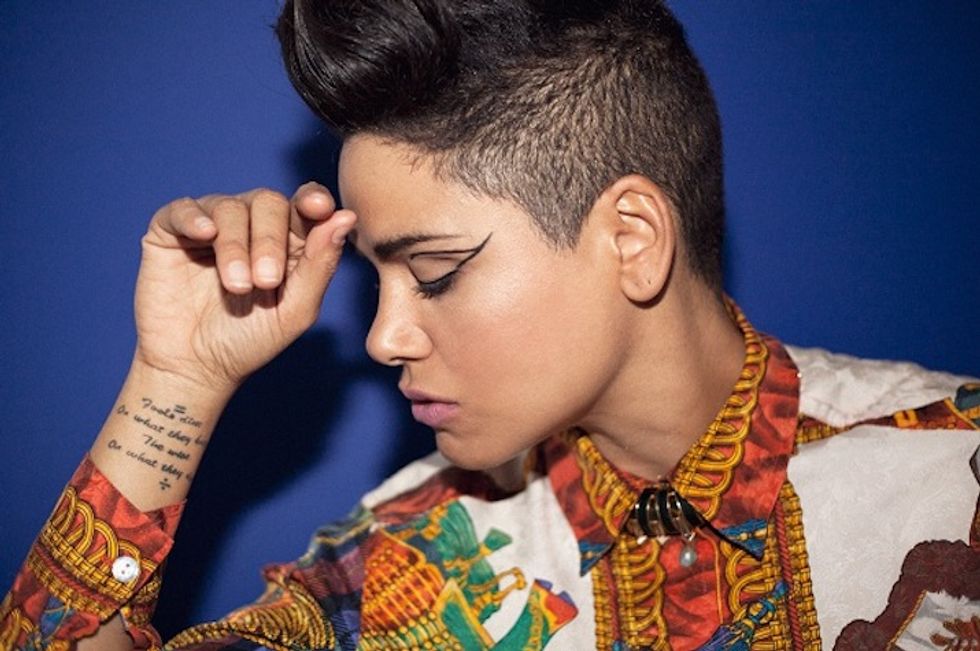 Canadian/South African singer Zaki Ibrahim releases the visuals for "Draw The Line" the first track on her debut album "Every Opposite."

Canadian/South African smoldering soulstress Zaki Ibrahim returns with stunning visuals for "Draw The Line," the opening track from her 2012 album Every Opposite. The song features the geographically diverse soundscapes we've come to know from the Cape Town-based singer/songwriter — thundering percussive elements rumble throughout under airy background vocals, entrancing listeners in a complex, emotive & rhythmic spell. In the visuals for the song, Ibrahim's earthy, soul-capturing voice floats above clean, starkly beautiful images of the Cape Flats. Following a young girl as she navigates through her everyday environment, the video presents a type of imperfect innocence. Shots cut between sweeping views of Cape Town's diverse landscape and the girl gazing into the camera, her pensive stares holding a sense of longing and wonder for a future that seems distant and unknown. When speaking about the message behind her recently released visuals, and how she's represented in the imagery, Ibrahim commented,

"The "Draw The Line" story does show me, but not exactly. Coming from the Cape Flats and overcoming an environment with challenges such as poverty, drugs, sexual assault, and Post-Apartheid conditioning is no easy feat. Creating your own path and shining your light through adversity, taking everything that you’ve experienced and everything you are, is what the song is about."

Watch the visuals for  Zaki Ibrahim's 'persevere against all odds' anthem below and, ahead of the release of Finding Fela,’ revisit when Zaki Ibrahim teamed up with fellow SA artists Spoek Mathambo and Petite Noir to pay tribute to Fela Kuti with an electronic reinterpretation of "Zombie."