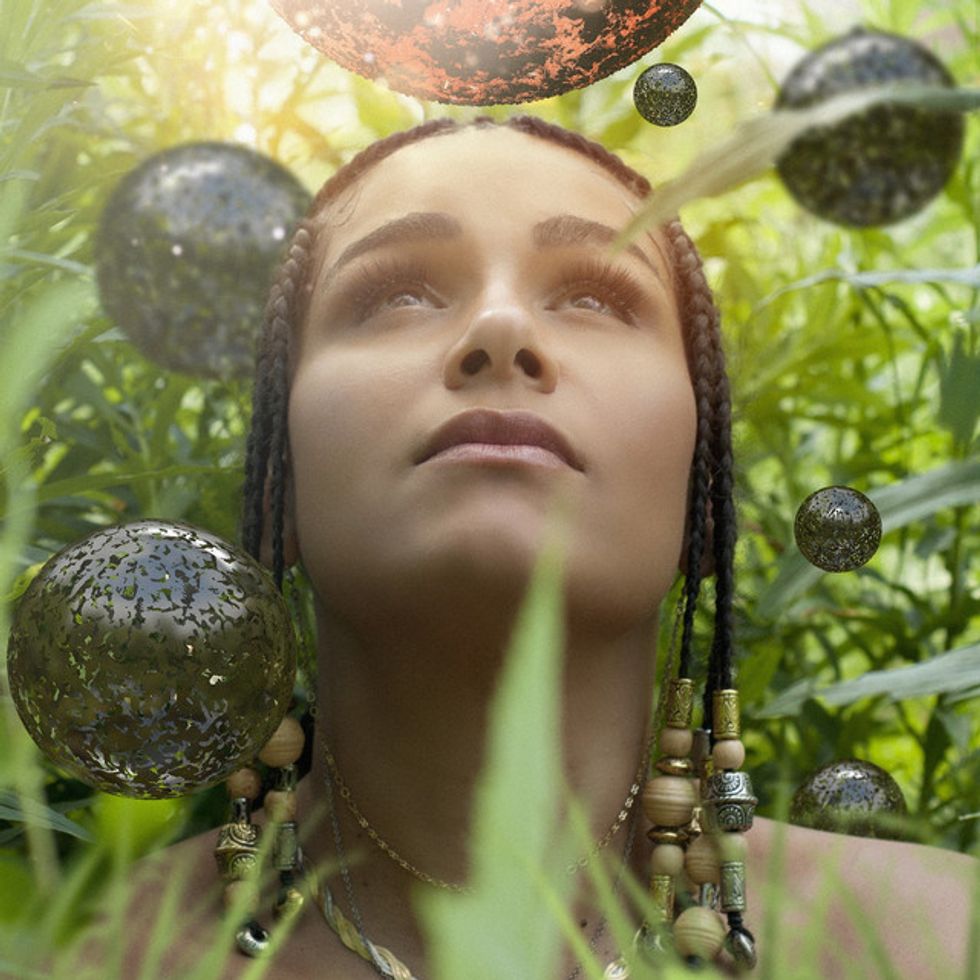 Canadian-based South African singer-songwriter Zaki Ibrahim just released her long-promised third album The Secret Life Of Planets. This is her first full body of work since 2012's Every Opposite.

In 2016, the artist got us ready for The Secret Life of Planets when she released a four-track EP titledORBIT: A Postcoital Prequel.ORBIT revealed a shift in mindstate for the artist.

While her music used to be themed in colors (Eclectica [Episodes in Purple], Shö [Iqra In Orange]), in this new chapter, she's fascinated by the cosmos, hence the titles of both the EP and album. The EP's release coincided with the supermoon­–the biggest view of the moon we've had in 70 years.

On The Secret Life of Planets, the artist worked with co-producer and co-writer Alister Johnson and multi-instrumentalist Casey MQ.

While Ibrahim was making the album, she had to deal with the death of her father, and getting ready to be a mother.

"I was in the middle of writing this album when this was happening. It actually allowed me to deal with what I was feeling, and to explore a lot of themes of outer space, time travel, memories, and nostalgia. It took me away, but at the same time, got me even deeper into who I am. What, surprisingly, came out was more joy than grief. Making the album kind of helped me through all of this stuff."

The Secret Life of Planets has a vintage soul and R&B feel to it, with sprinkles of both nostalgia and future by way of synthesizers and 808s.

Listen to The Secret Life of Planets below, and download it here.