Zaki Ibrahim Takes Off on a Space Odyssey 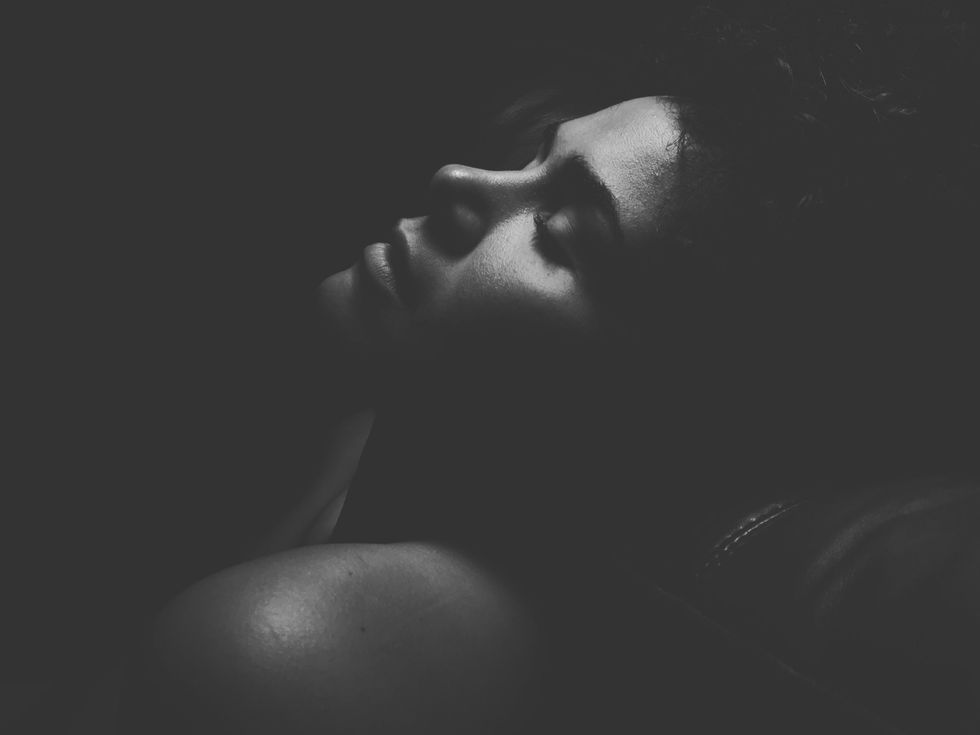 Early in 2017, Afro-Canadian singer Zaki Ibrahim will issue the follow-up album to 2012’s Every Opposite (she has a GoFundMe campaign running to facilitate its release), but she’s just preceded it with an EP for Red Bull Studios Cape Town called ORBIT: A Postcoital Prequel— a title she says is “just cheeky—that’s all.”

The music has been conceived with frequent collaborator, Maramza (aka Richard Rumney), and Canadian Red Bull alumni Casey MQ. But it’s the EP’s other collaborators, plus the manner of its launch, that make the project pretty special.

The first is writing partner Heather Thompson, aka Lady Venom—a Canadian “bestie” based in Cape Town—and the second is an astrophysicist from the University of Toronto, Matt Russo.

“He came by with luck,” Ibrahim explains. “[From] an email I sent that wasn’t meant to be for him. He was part of the department, but it was the wrong Matt. He’s been a fan of my music since the beginning. It was such a crazy luck of the draw.”

Courtesy of the artist.

This fortuitous meeting lends the spaced-out project some scientific authenticity and also led to its unique launch pad: the university’s planetarium.

With track names like “MOVING BODIES” and “TYPE 1A SUPERNOVA,” ORBIT is all about outer space, and in the detailed notes by Ibrahim and Lady Venom that accompany each track there are mentions of white dwarves, nebula, photons and astral bodies.

“The content of the EP is a spin-off from one of the songs on the full-length album called ‘Binary,’” Ibrahim reveals. “It deals with continual, non-linear timelines—meeting yourself or your twin over and over again during your lifetime; speaking to your lover, your mother, your father, as if they were the mirror of you. We started nerding and tripping out on the cosmos, and looking at the universalities.”

“The EP turned into a universal love story in a way—how you become attracted to someone else; how we’re constantly in orbit of one another. There are so many orbits happening. It’s very dramatic and scientific.”

These stellar love stories play out over typically-considered sci-fi beats from Maramza and Casey MQ: low-tempo trip hop drums that are rooted in planetary soil but laden with synths and effects that fly off into the solar system. It’s testament to Ibrahim’s skill as a vocalist that she dances lyrically on these interplanetary grooves as easily as she does on her previous release, the afro-house dream “Do The Thing Right.”

Both are products of a lot of contemplation and hard work. When asked what else she’s up to, Ibrahim responds with the typically thoughtful, “I’ve been keeping my head down and finishing the album, and a few video concepts, and the overall research—to come from a more educated place when imagining the world the music is living in.”

That world—at least for the EP’s launch—was a planetarium on the evening of the supermoon of November 14. “It was a month or so in preparation,” Ibrahim discloses. “We used this footage from the planetarium—we orbited and traveled through galaxies to follow these characters; we sat on nebulas, we went through various binary star systems and followed the story arc of this music.”

The experience has set Ibrahim’s mind in motion on further creative routes. She wants to repeat the exercise in other planetariums—including in South Africa, where she returns to this month—and possibly getting it into an educational space.

“There were some young kids there that were bobbing their heads and like, ‘Wow, this is so cool,’” Ibrahim recalls. “A lot of kids don’t know what the planetarium is, and being able to travel through galaxies—and see galaxies within galaxies, and then look at things on a cellular level as well—I felt like that just has to be done. If they [the kids] can absorb that stuff with a good beat, music makes such a big difference when you’re absorbing information.”

So will Ibrahim be hopping on one of those first commercial flights into space? “I’ve been having little daydreams of seeing Za’ir [her two-year-old son] in space,” she says. “I don’t think my bones will handle it at that time, but my spirit will be for sure. I think my spirit’s already been there—it’s just a romantic hunch.”

On the evidence presented on ORBIT, we wouldn’t argue.

Greg has been writing about African music since the kwaito era and has been published in the Mail & Guardian, Elle, DJ Mag, Boiler Room and many more. He also deejays as DJ Dexterity and consults on digital campaigns. He’s on Twitter as @dexterity.