An Introduction To Zed Beats: The New Zambian Music 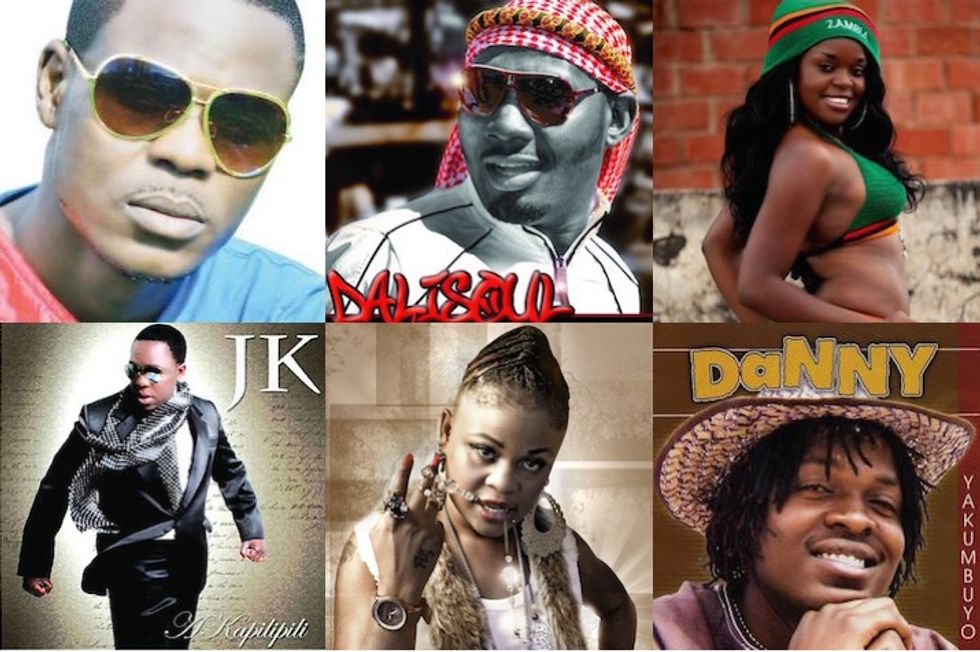 Zed Beats is the new name for Zambian music. In the early 2000s, as Zambian music began to be influenced by international genres like hip-hop, dancehall and R&B, the word ‘Zambian’ was cut short to Zed which is the ghetto way in Zambia of pronouncing the letter "Z". But what does Zambian music sound like? Originally, most of the music that was produced in Zambia was called Kalindula, until the late 90s when a new breed of artists began to come on the scene.

Kalindula is a very traditional up-tempo type of music that was predominantly characterized by African percussions and sounds formed by in’goma (the traditional Zambian drum), banjos, shakers and base guitars. Kalindula was performed mostly by groups of artists who often were referred to as bands, including the Serenje, Mulemena Boys, Oliya, Masasu, Amayenge Asoza, Mashombe Blue Jeans, Mutende Cultural Ensemble, Distro Kuomboka and the Green Labels bands. Most of their productions were made during live performances especially on Zambia National Broadcasting Corporation (ZNBC) TV. Although some artists like Emmanuel Mulemena, Chris Chali, Paul Ngozi and PK Chishala were known by their individual names, they still performed as bands.

In the mid-1990s, Congolese Rhumba had become more popular than Kalindula in Zambia, following the demise of most prominent members of Kalindula bands. Rhumba was the most played genre in taverns, homes, churches and other social gatherings until a young group of Zambian artists began to spring up during a crucial period in Zambian entertainment.

The new crop of artists drew their inspiration from popular American, European, Jamaican and Congolese musicians, influencing them to record various types of music that were quite foreign to Zambia, which were fairly accepted by the musically 'starved' listeners. Daddy Zemus, Nasty D, MC Wabwino, 2wice, Danny, Louie-X, Black Jombo, Alubusu, Sam Kuli, Crystal Shaun, Banky Bias, John White and Desh are some of the artists that made music that sounded like Jamaican Dancehall in vernacular. Although the late Daddy Zemus is known as the father of Zambian Dancehall, Danny is one of the most prominent acts with a track record of 7 top selling albums including Mvelani, Ama Lovin’gi, Yakumbuyo, Kaya, Champion, 10 Years and Live. His songs were unbelievably popular such that his fans began to nickname him by titles of his seasonal hit songs; they called him Danny Masiku Onse, Danny Yakumbuyo, Danny Kaya, or Danny Champion and so on depending on the hit song of the moment.

Jordan Katembula, Joe Chibangu, Mainza Chipenzi, Winstone, Ba Crazy, K’Millian, Tasila Mwale and Exile recorded R&B in vernacular. Popularly known as JK, Jordan Katembula is one of the most consistent pioneers of Zed Beats. He’s been actively around since the release of his self-titled debut album in 2001 after he left New Age to launch a solo career. His standout tracks include "Ka Gelo," "Balekuzembeleka," "Ba Neighbour," "Zokera" featuring Zimbabwe's legendary Oliver Mtukudzi, "Akalubalala" with South Africa’s HughMasekela, "Kapilipili" featuring Salma, and a collaboration with R. Kelly on airtel’s one-eight project.

Artists like Keith Mutale, Rap Prophets, Shimasta, Kumawa, Tommy D, Dark Side and Master Flo made vernacular rap music, while a few names like C.R.I.$.I.$, Bryo and Omat started out with English rap music. Some groups like the Muvi Posse and B-Shap still performed as live-music bands and other prominent groups were Black Muntu, Shatel, Tribal Cousins, New Age and YesuCulture.

Unlike Kalindula, the new Zambian music has no specific name because it's a combination of international genres of music, hence followers comfortably call anything sung by a Zambian artist as Zambian music, simplified as Zed Beats. Lately, Zed Beats has been categorized as Zed R&B, Zed Hip Hop, Zed Rhumba, Zed Dancehall or Zed ‘’Anything" — as the saying goes, variety is the spice of life. Perhaps that's why the Zambian music industry is steadily growing, coupled with the energy of a new crop of artists such as Mampi, Izrael, General Ozzy, Petersen, Judy, Afunika, BFlow, OC, Ruff Kid, Dandy Crazy, Roberto, Kan2, T-Sean, Kay Figo, P-Jay and many other talented young artists.

Zed hip-hop, however, is proving to be the most promising category in Zed Beats, with rappers like Slap Dee, Chef 187, ZoneFam, Ruff Kid, Macky 2, Muzo, Bobby East, Stevo and many more. However, there’s been an outcry from the public that a ‘Kalindula touch’ should be added to Zed hip-hop so as to preserve Zambian culture, and a few hip-hoppers have responded positively. Brothers Chef 187 and Macky 2 released the hit songs "Kumwesu" and Mama Rabecca" respectively, a fusion of Zed hip-hop and Kalindula. Among the new Zed Beats generation, Afunika, Mozegeta, Tasila Mwale and Mumba Yachi make a modern form of Kalindula with some programmed beats. Zambians say 'local is laka' (meaning 'homemade is better'); Zed Beats sounds cool and we are yet to see if a new name for Zambian music will ever come up. So the next time you hear someone say Zed Beats, just know they are talking about Zambian Music.