With Their Viral Photo Campaign, the #BlackMenofCambridgeUniversity Hope to Spark a Dialogue on Campus 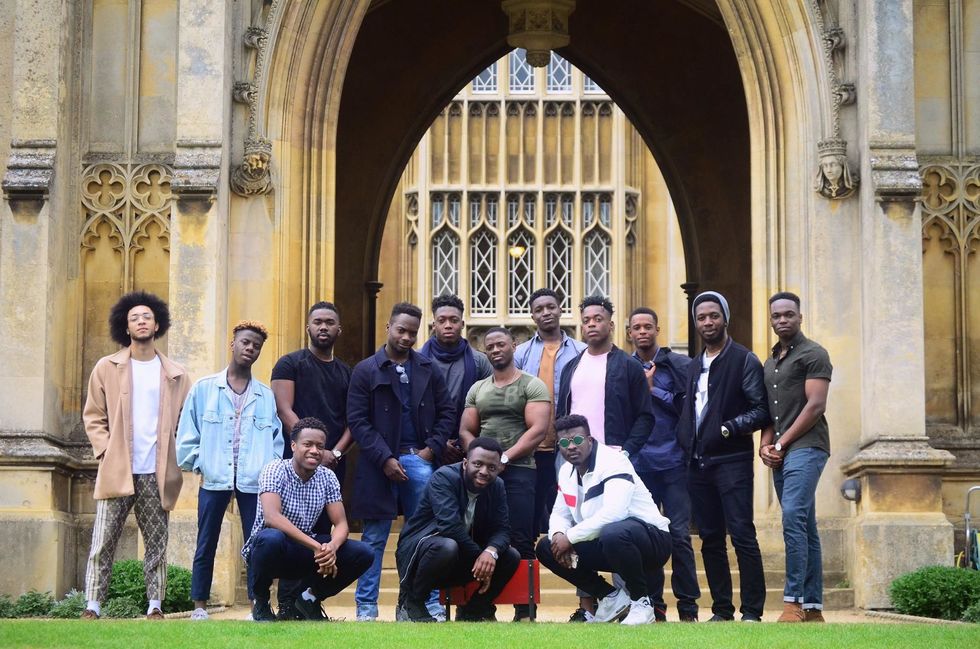 Cambridge Students started a photo campaign to encourage more black students to apply to the university.

DIASPORA— Earlier last month, the men of Cambridge University African-Caribbean Society posed for a series of photos in an effort to dispel the myth that black people do not belong on the campuses of the world’s most prestigious universities.

Inspired by their peers at Yale and their viral #BlackMenOfYale they hope to spark a larger debate on why so little black men and women apply to Cambridge.

Indeed, according to a 2015 Cambridge University survey, black students only make up 1.4% of the undergraduate population.

In a Channel 4 News video, Bez Adeosun says: “ We’re trying to sort of be the role models for people and encourage more people to aspire to be in our position. Because some ethnic minorities don’t get that privilege from people in their circle, in their local community who can encourage them to think about applying to institutions like this”.

For more check out the video below.

“Young black men don’t grow up thinking they’ll make it here. They should.” In 2015 just 38 UK students accepted to Cambridge were black. pic.twitter.com/KCnB4wm43g