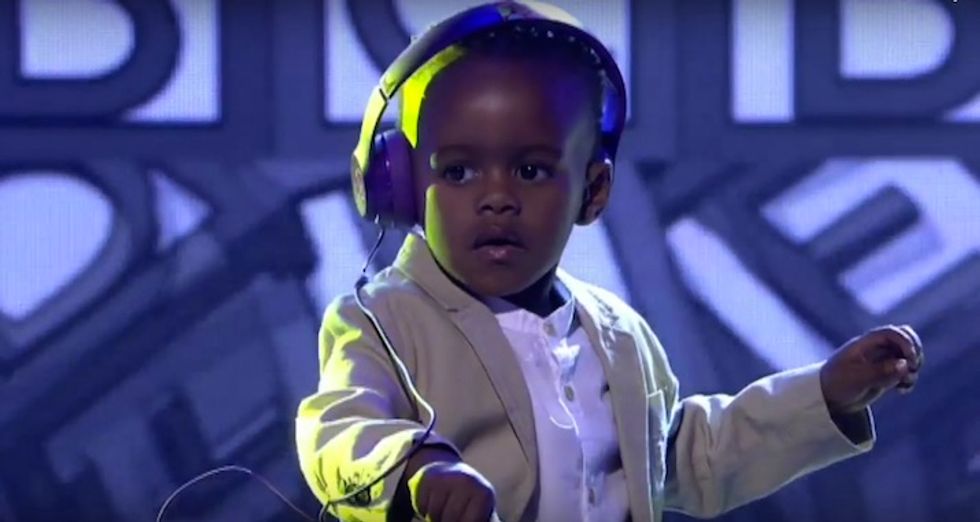 e.tv spoke with Arch Jr’s father shortly after the win. “You know, for a three-year-old, I’m blown away,” Glen Hlongwane says about his son. “Nevermind him winning the competition. The fact that he stood on stage, he did a set and finished it, and still clicked stop. I don’t know of any other three-year-old that will stand there without their parents.”

Rise n Shine South Africa :). "It always seems impossible until it is done" Tata Nelson Mandela. #TeamDjArchJnr are you ready for another set from me this morning on Etv sunrise :), 7:30am just for my fans ?. #MINIDjay #DjArchJnr #Abashwe A photo posted by Youngest Licenced DJ By SAMRO (@dj_arch_jnr) on Nov 8, 2015 at 9:32pm PST