5 Sports Films About African Athletes You Need to Watch 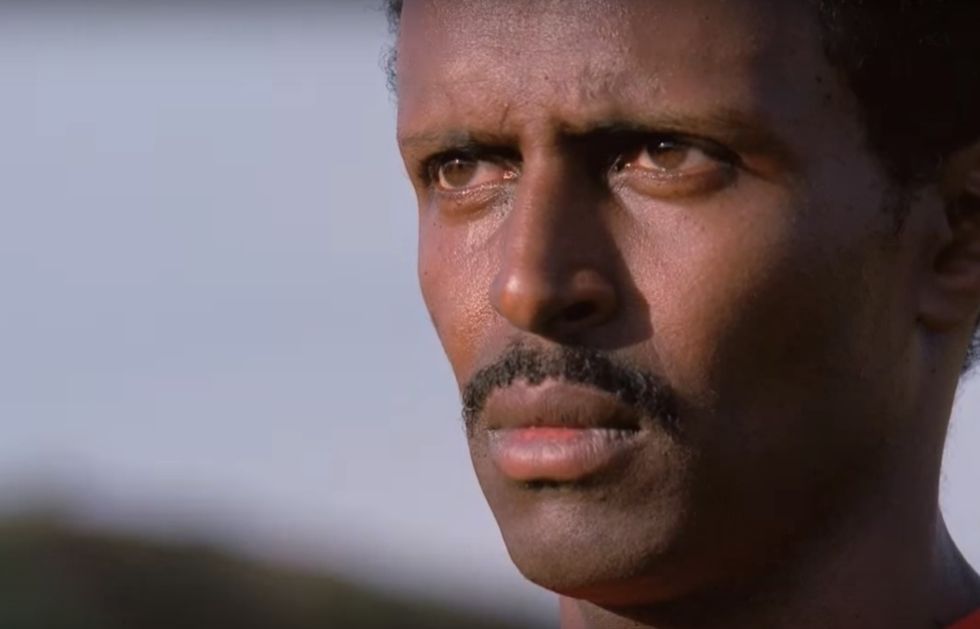 As the Olympics in Rio come to a close this weekend, check out these five films about African athletes you need to watch.

All eyes have been on #Rio2016, where African athletes continue to kill it earning medals in long jump, running, fencing and swimming.

All eyes have been on #Rio2016, where African athletes continue to kill it earning medals in long jump, running, fencing and swimming.

With the Olympics coming to an end on August 21, we thought we’d share five films about African athletes that you can watch when the Olympic nostalgia kicks in.

Before there was Haile Gebre Selassie, there was Abebe Bikila. The son of a shepherd, he moved to Addis Ababa and worked as a bodyguard before he was spotted by a Swedish trainer and became part of the Ethiopian team that travelled to Rome in 1960 where running barefoot, he won the gold medal in the marathon. ‘The Athlete (Atletu)’ recounts the 1960 and 1964 olympic win, as well as the car accident that ended his running career and started the next chapter in his life as a Paralympian. Directed by Davey Frankel Rasselas Lakew, 'The Athlete' was released in 2009.

Two female boxing stars—Catherine Phiri and Esther Phiri (unrelated)—emerged in Zambia in recent years. Esther Phiri sold vegetables before becoming a seven-time world champion. ‘Between The Rings,’ a documentary by Jessi Chissi and Salla Sori, tells the story of how Phiri overcame the challenges in her life to become a champion. Catch the film when it airs on August 17 as ‘Zambia’s Boxing Star’ on August 17 at 20:00 GMT/21:00 WAT/22:00 CAT on Al Jazeera network.

In 2012, Zambia’s soccer team Chipolopolo beat the favorites Ivory Coast to become the Africa Cup of Nations champions in Gabon, the same country where nine years earlier, arguably the best outfit of Zambian soccer players died en route to Senegal to compete in a World Cup Qualifier. 'Eighteam' is a documentary by Ngosa Chungu and Juan Rodriguez-Briso that combines interviews with journalists who covered the Gabon Disaster, former skipper and African Footballer of the Year Kalusha Bwalya and more to tell the fascinating story of how Chipolopolo went from tragedy to triumph. Released in 2014, it was the first Zambian film to be screened at the special screenings at the Cannes Film Festival. It has since won awards in Nigeria, Barcelona and Silicon Valley.

This documentary tells the story of young runners in the Ethiopian highlands of Bekoji, the town that produced Olympic medalists Tirunesh Dibaba and Kenenisa Bekele. It follows three children as they move from school track to national competition. Released in 2012, it was directed by Jerry Rothwell.

Azumah ‘Zoom Zoom’ Nelson is a former Ghanaian boxer who some regard as the best boxer ever to come out of the continent. 'Zoom Zoom' is a documentary that combines archival footage and interviews with the boxer to tell his story from the slums of Bukom to holding the World Boxing Champion in the featherweight, lightweight and superweight categories for a decade. Released in 2010, the film was directed by Sam Kessie.