5 Times Celebrities Tried to Channel Africa, But Missed the Mark 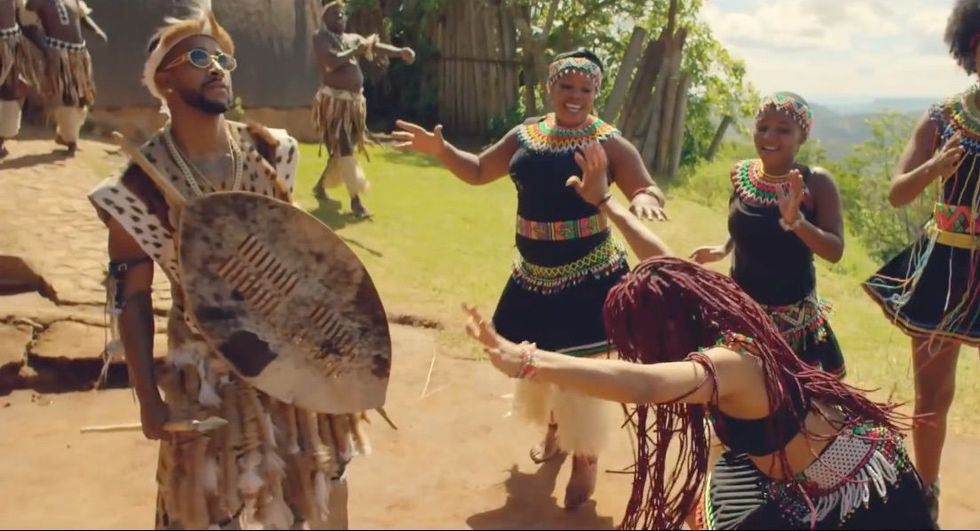 We take a look at five recent times that celebrities attempted to engage with the continent, but got it wrong.

With the steady rise of afrobeats, growing interest in African art and fashion and Africans from a number of different industries taking the world stage, African culture is being shared, explored and appreciated now more than ever. And like Beyoncé, many celebrities are making their own attempts at engaging with the continent, and that's a great thing. The outcomes of them doing so, however, aren't always so great.

Below, we take a look at a couple of times that celebrities attempted to engage with the continent, but missed the mark.

French Montana Heads to Uganda for his "Unforgettable" Music Video

This wasn't going too badly at first, Montana and Swae Lee were joined by the Ghetto Kids for a dance party in the streets of Kampala. Then, in a page from the book of "Insanely Tired African Storylines," Montana gets captured by a group of armed militiamen.

The Fresh Prince toured the continent a few months back, touching down in Egypt, Morocco,  Zambia and Tanzania, and the trip looked amazing. Slightly less fresh, however, were some of his style choices. His zebra print pants are screaming the opening song of the Lion King.

Apparently Will Smith and @ChanelIman are in Tanzania. Say something nice about Will's pants 😂 #okaytravels #travelafrica

For some reason, we were far less mad at this "Pan-African" ensemble he rocked in Morocco.

Omarion went full "tribal" in the music video for his song "Distance'—giraffes, elephants and huts included. While his "Zulu Warrior" outfit and theatrical "African" dance moves make for a good laugh—the song, itself, isn't too bad.

Hollywood's lack of diversity is well documented, and when its most celebrated actor, Meryl Streep, was asked to weigh in on the issue at the Berlin International Film Festival last year, her answer was paltry.

"I’ve played a lot of different people from a lot of different cultures," said the actor when asked whether she understood films from North Africa. “There is a core of humanity that travels right through every culture, and after all, we’re all from Africa originally," she continued. "We’re all Africans, really.” Talk about missing the whole, entire point.

OkayAfrica contributor Abel Shifferaw, wrote about how the actor managed to got it all wrong in "You Ain't African, Meryl Streep."