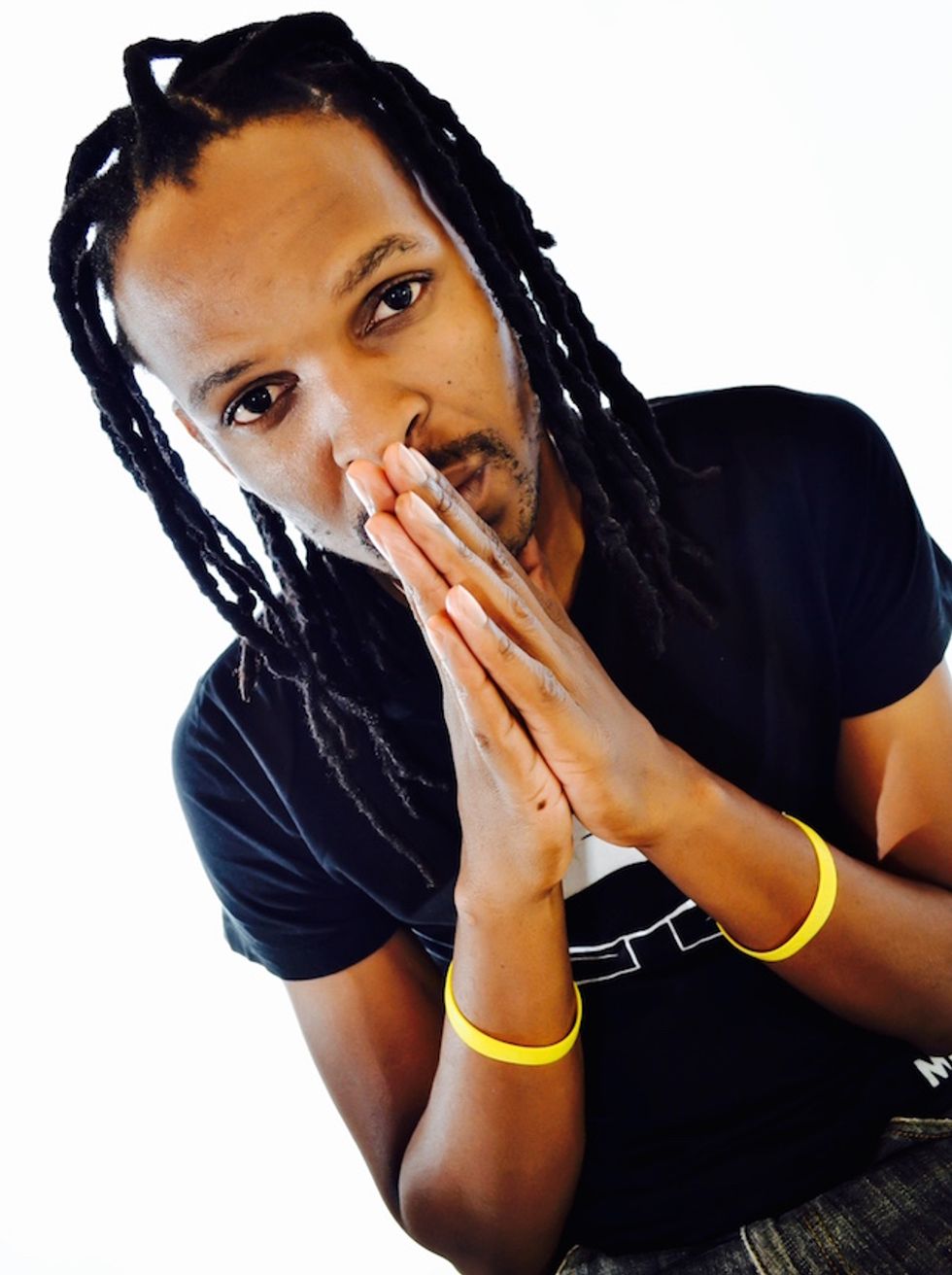 Aero Manyelo is positioning himself as one the leading names in South Africa's electronic music scene — not an easy feat for a country that's been increasingly saturated with groundbreaking sounds and producers. "DNA Test" sees the producer teaming up with Buraka Som Sistema label Enchufada for a single that aims to showcase the genetic make-up of South Africa's dance floors: pitch-shifted synthesizers, kwaito & house-influenced beats, and hints of Manyelo's own 'township electro' & 'kasi vibes' sonic creations.

"South Africa knows how to party and house music runs through our veins, it’s our DNA," Aero Manyelo tells Okayafrica. "It’s not about whether you are from a certain tribe or come form a certain country, but if you are ready to party like us from Monday to Sunday in the townships. You should better check your DNA if you are feeling the groove."

"['DNA Test'] is inspired by songs like 'No Distance' from Dixon and Guy Gerber, [which] keep you in suspense of what will happen next in the track, or Jumping Back Slash's 'Kanganga' (also out on the Upper Cuts series) who made a GQOM remix of "Tshunga" for my upcoming remix project. He's from London and moved to Cape Town few years back. I’ve just played with him in Cape Town last weekend. [The single's also] influenced by the crazy bass music happening all over the world, guys like Schlachthofbronx from Bavaria, the motherland of beer, have inspired me and we’ve been sharing beers together in Munich."