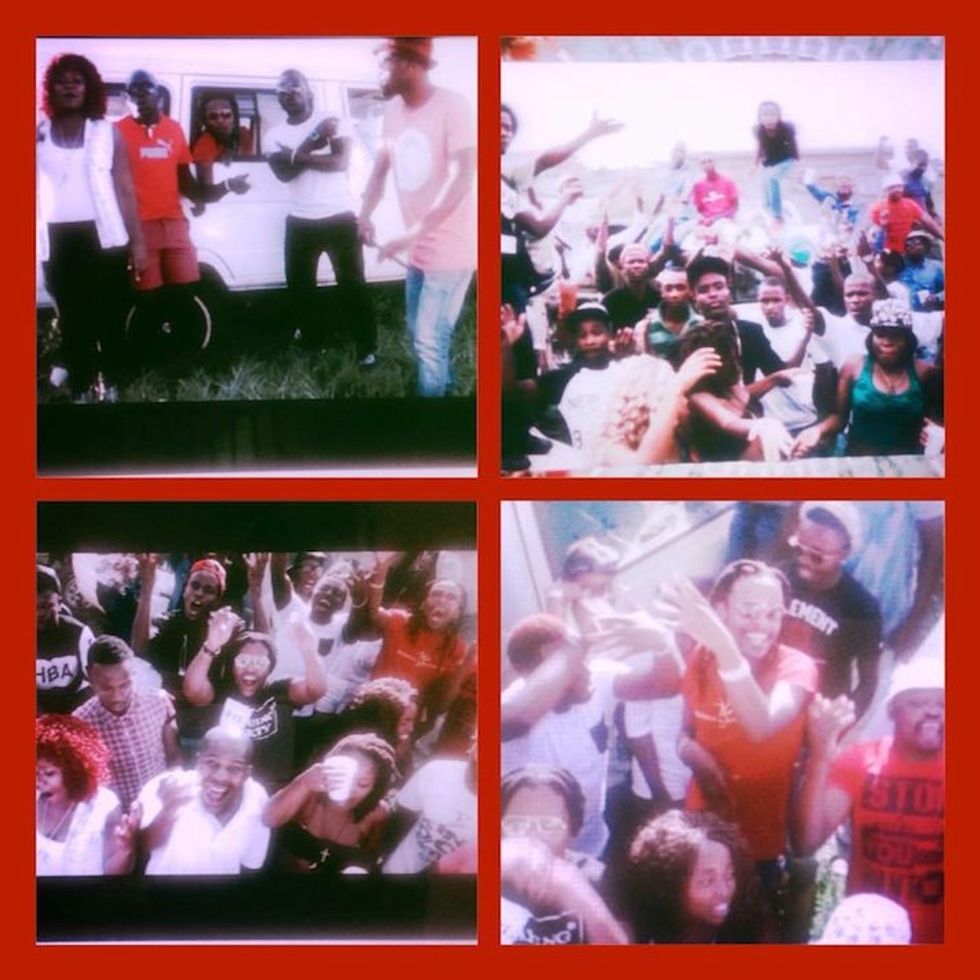 Watch the music video for South African producer Aero Manyelo's "Tshunga," a track from his 2014 LP 'Dictionary of Herbs.'

Back in December, South African producer Aero Manyelo released his 'electro township house' full-length Herbs Abroad. Now, the beatmaker's sharing the music video for "Tshunga," an early track from his 2014 album Dictionary of Herbs. Directed by Kempton Park-based DJ/producer/remixer Nickey Masheke(Eltonnick), the visuals to the Manyelo and Phumlani Totetsi co-written single show the producer throwing a party with his friends once his "tshunga" (scrap yard boss) leaves. Featuring shots of women twerking and Manyelo dancing atop a van in his Ivory Park hometown, the video is a simple and danceable ode to joy backed by rapid drums and guitar curls. Aero Manyelo's Dictionary of Herbs and Tshunga single, which features radio and dub edits of the track, are available on iTunes. For more from Aero Manyelo, listen to his collaboration track with Idris Elba and stay tuned for information about his forthcoming European tour. Check out the music video for "Tshunga" below.