In Gabon, an AFCON Boycott Has Crowds Staying Home 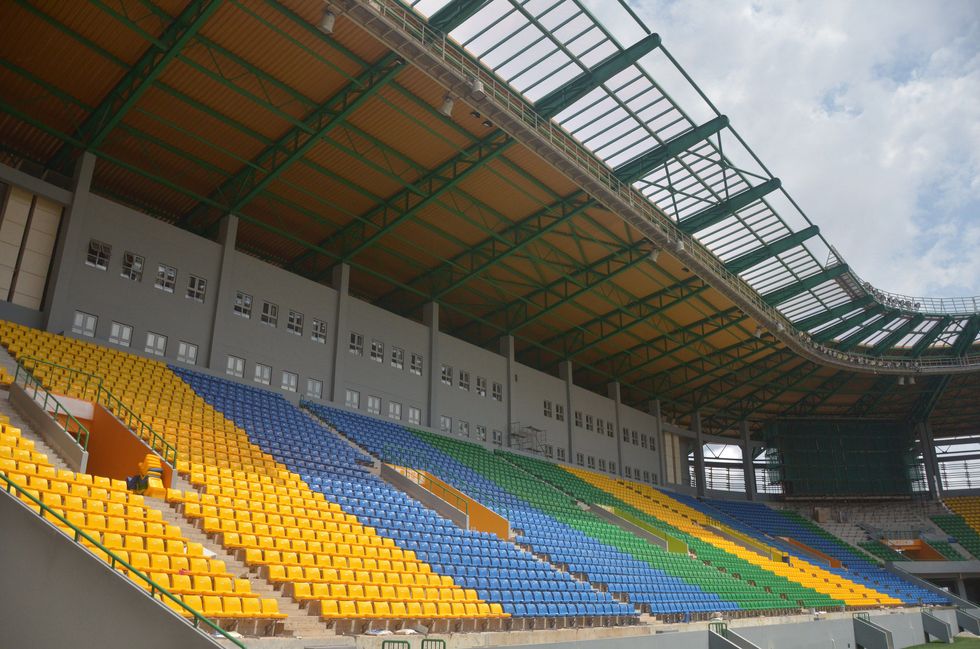 Calls from the opposition to boycott the AFCON tournament have kept expectations low in a country still dealing with a post-election crisis.

It’s day ten of this year’s African Cup of Nations, AFCON, in Gabon and things are a little off. The tournament was expected to bring together the Gabonese after last year’s post-election crisis but so far we’ve seen little reconciliation. Across the country there is a quiet unease which has been reflected in the atmosphere in and around the stadium.

From the beginning of the tournament, opponents of President Ali Bongo have called on the Gabonese not to attend games to protest the recent political crisis. “It’s true that it looks like the people are not in the mood in the stadiums” a Libreville resident Jean Damascene told the Voice of America.

Herman Nkori, a Gabonese living in New York sees it a bit differently. “The people who are calling to boycott African Cup of Nations because of the post-election tension are politicizing something which is not political,” Nkori told Okayafrica. “African Cup of Nations is a big event that could bring a population back together after the division that the politicians have sowed among the population.”

The boycott’s chief proponent is opposition leader Jean Ping who claimed to have won the 2016 presidential election despite the Gabonese highest court validating the re-election of Ali Bongo whose family has ruled the country for half a century. Ping rejected the results and said that he will not retreat. According to Al Jazeera, many of Ping’s supporters argues that the stadiums funded by international loans are the last thing that the country needs now and that the stadiums don’t help to develop Gabonese economy.

When Okayafrica reached Moses Mugogo the president of Ugandan Football Association and head of delegation of Ugandan National team in Gabon he said; “The Gabonese should take this opportunity to welcome African Cup of Nations it is the opportunity that doesn’t happen to so many African countries”, said Mugogo. “I think the football is a unifier when we are playing football everything goes down respectively whatever kind of conflict, religion, tribes… Right now there are thousands of Ugandans here in Gabon who came to support out team the Ugandan Cranes. We encourage the Gabonese people to come to watch the games regardless of these issues. The Uganda and Gabon government as well as the African countries are working together insuring the security of our players and the supporters. Let’s take this opportunity using this 2017 AFCON to tell the world that Africa we can live together in peace regardless our differences, various opinion or different political views, we can play the football together, remember the game can bring us the joy.. happiness and we can celebrate together”.

Gabon was knocked out of the tournament after it failed to make it out of the group stages, but Nkori still hopes that the supporters will go to the stadium despite the absence of Gabon in the competition. He also hopes that Gabonese diaspora will think beyond the conflict. “Even the Gabonese diaspora has been affected by that tension spread by the politicians” said Nkori. “I insist that this African Cup of Nations bring us together but I am doubtful that my compatriots are showing the pride of our team because they are still affected by the politicians. People shouldn’t listen to those who are calling them not to support their national team or to go to watch the games that would be lack of patriotism.”

The 38,000 capacity Stade de l’Amitié in the capital city of Libreville was barely 10 percent full for the start of the opening ceremony but by half-time in opening game was at around 80 percent. According to The Guardian Numerous people, including a government official, have said that they want the tournament to be a failure to increase the pressure on the president Ali Bongo. Anti-government demonstration for the opening game fizzled out, but three activists were arrested during anti-tournament protests in the city center.