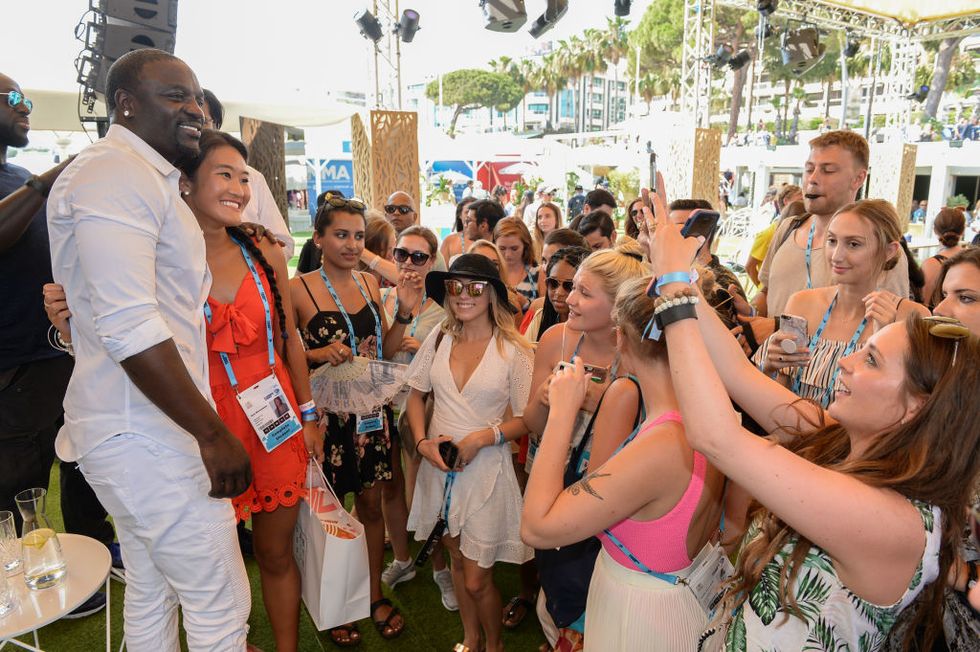 If you're an African creative, should you go back to Cannes Lions?

The last time I was on the French Riviera was the summer of 2006 on a vacation from my banking job, June to be exact, the quadrennial FIFA World Cup games were in full swing in neighboring Germany, you could breathe the excitement in the atmosphere. Unbeknownst to me, taking place alongside the soccer games was the annual Fete de la Musique (World Music Day) celebrated in France each year. It was during that same time that I stumbled upon a free concert in Nice where the legendary drummer Tony Allen, a member of Fela Kuti's iconic Afrobeat band Africa 70, was playing his hit song "Asiko" which translates to time or moment from Yoruba. It was a surreal surprise and from that moment on I would never be able to separate music from my experience in this part of the world again.

This year, I returned to France 12 years later to attend the 65th Annual Cannes Lions creativity festival, the world's largest international creative, marketing and advertising business conference. The Cannes Lions festival started in 1954 by cinema ad operators who inspired by the Cannes Film Festival— the lions are also held at the Palais des Festivals where the film festival also takes place. On this stage, many announcements about the tech, media, creative and entertainment industry are made. This year Akon, the Senegalese-American singer now turned tech entrepreneur used the conference to announce that he would be launching his own Cryptocurrency called Akoin.

At the forum, there was a lot of discussion about the continued disruption that's happening in digital publishing as well as in traditional media spaces, particularly in ad spending by brands and even with the rise in ad blockers.

At this year's forum, there was a focus on Chinese Creativity with a hub specifically created to explore China's role in communications with speakers like Steven Chang a corporate VP from Tencent—one of China's largest telecom companies—Glory Cheung, Global Chief Brand Officer from Huawei and many more.

With China's increased role as a player in African business along with Africa's rapid rise in its middle class, cell phone penetration, mobile banking and more. I noticed that a focus on African creativity was relatively absent at the conference—it was my first time at Cannes Lions.

Comparatively, at the MIDEM music conference the week before Cannes Lions, Africa was center stage. I spent some time talking with South African international Superstar DJ Black Coffee, to talk about his vision for the continent's creators and how he's played a role by leveraging his platform to prop up and mentor other upcoming DJs. Nathi, as Black Coffee asked me to call him, showed me renderings of an app called GongBox, which he announced on Facebook last week. He's enthusiastic about launching later this year, the app, he explains, will empower artists by creating a unique ecosystem where fans can engage with creatives in a concentrated way and earn artists money for their following. The app will also improve the discovery of talent on the continent by allowing users to search for artists by geography and/or genre amongst other search criteria.

With the launch of Spotify, Netflix and other digital platforms in Africa and companies like AbInBev pushing further in the continent through activations and acquisitions, it seems Africa is on the radar for many brands—Nike has a major footprint in South Africa. Unfortunately, at the Lions, I didn't hear much talk about African creativity, advertising or marketing. Many countries in Africa boast some of the fastest growing GDPs in the world with creating vast opportunities for brands and marketers, however, discussions about the continent were virtually nonexistent.

African culture has come a long way on the global stage, a long way from the days when all Africa's contributions to music, culture, and creativity was simply lumped under the misnomer "World Music," or homogeneous marketing segment, today the continents various musical styles enjoy distinction. And just like Africa's global creative consideration has come a long way, I've come a long way as well, from that surprised yet enthused member in the audience enjoying the drum beats of Tony Allen's drumsticks to becoming an industry insider ensuring that the works of artists like Tony and creatives inspired by him can enjoy longevity and earn a living through a music ecosystem that respects their art.

If you're an African creative, should you go back to Cannes Lions?

The answer is yes, you'll expand your networks, learn how many of the world's top agencies execute on campaigns and how brands value the agencies they work with, what they look for to drive ROI. I'd recommend it to anyone looking to understand today's fast-changing digital media business and more. The conference is for you if advertising is what drives your business and/or if you're an entity that provides solutions to advertisers.