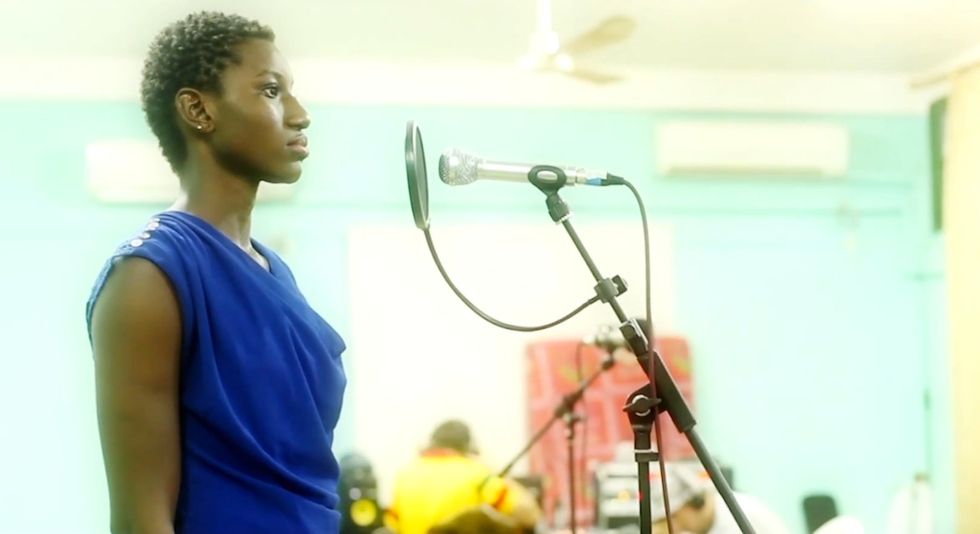 Today marks the release of Maison Des Jeunes, the debut recording effort from Africa Express which resulted when rising names in Mali's music community and international creatives the likes of Damon Albarn, Olugbenga, and Ghostpoet, convened for a week of collaboration at an interim studio in Bamako back in October. One especially buzzing name surrounding the project is that of 20 year-old vocalist Kankou Kouyaté. Born into a griot family in Bamako, Kouyaté began studying music at the age of eight under the instruction of legendary Malian musician Cheick Oumar Diabaté. Kankou's contribution to Maison Des Jeunes comes in the form of a Damon Albarn-produced standout with her band Gambari — founded in 2011 by her father Fousseyni Kouyaté (brother of Bassekou Kouyaté). Catch an exclusive breakdown of the beauty — a stripped down live rendition that features Kankou's mesmerizing "Yamore." Take a close look and you'll notice a spellbound Brian Eno in the background. Watch the video and stay tuned for more on Maison Des Jeunes (out now via Transgressive Records).