Africa Is The Future Magazine Covers 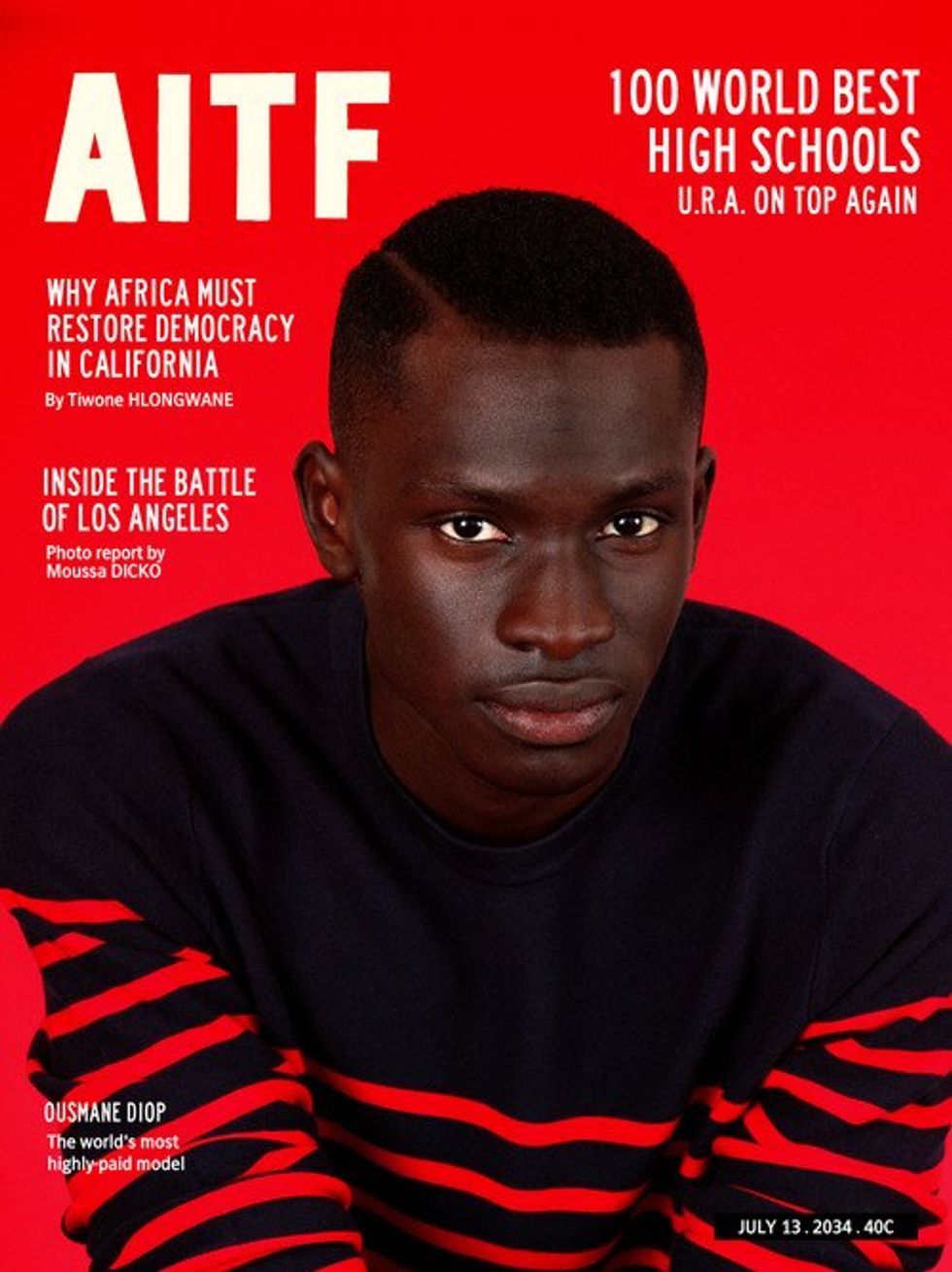 Africa Is The Future continues their 10th year anniversary celebration with the launch of the AITF magazine covers. Created in 2004 by Nicolas Premier and Patrick Ayamam, AITF describes itself as "an art intervention." The project has developed over the last decade from the 'AFRICA IS THE FUTURE' tee-shirts, through several multimedia projects and now the AITF magazine. For the latest project, AITF "imagined Africa as the first world power through covers of a fictitious magazine." The covers project highlights a near future in which a united Africa has become a superpower.

AITF explains, "Imagine: it’s 2034. The African Continent has been renamed The United Republics of Africa (U.R.A) and has become the dominant global power. The U.R.A is the leader and driver of technology, space travel, art, film, fashion, architecture and more. U.R.A’s most widely read, most profitable publication is AITF Magazine." The magazine draws influence from the iconic LIFE magazine, which documented the economic rise of America after WWII. Similarly, AITF magazine highlights the economic and political rise of the U.R.A in 2034.

Check out some of the covers in the gallery above.  To see all the covers and to get updates about the project, head to AITF's new website.