Prêt-À-Poundo: Nicolas Premier and Patrick Ayamam's Africa Is The Future! 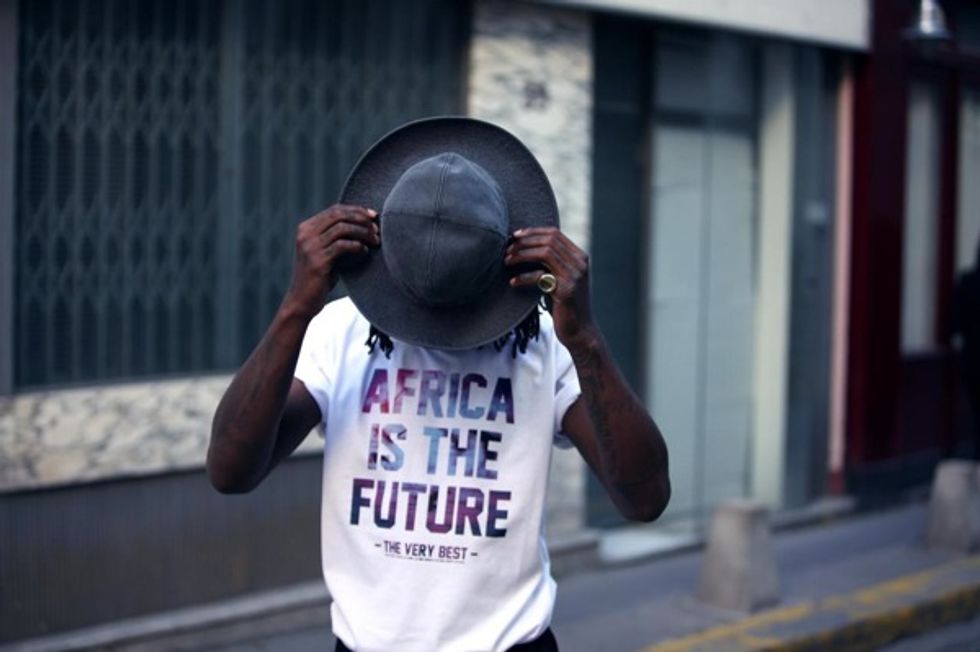 Africa is the market of the future and offers enormous development potential in different sectors, depending on their various resources. The continent is facing obvious challenges but, also present, is an economic dynamism that should be welcomed and encouraged. Africa, like all developing countries, has been hit by the economic crisis without contributing to it. Let's not forget that the continent has rebounded faster to record growth rates that many Europeans countries would envy. Africa has attracted widespread media attention and triggered a revolution of artistic creation all around the world.

Back in September 2001, photographer Nicolas Premier was visiting Brazzaville, Congo for the first time and arrived amidst the concrete reality of post-civil war which caused 300 000 deaths. This war had gone largely unreported in the international media while the attacks of September 11 had been widely discussed all around the world. He was shocked by the lack of exposure and decided to use his art as a way of communication, "My background is more artistic, like photography, painting ... My work in fashion is more a pretext and a way to highlight a new way of conceiving the world for a wider audience than the art."

This is how Africa Is The Future was born. In 2004, Nicolas Premier and Patrick Ayamam started  a collaboration and took Paris by storm with their tee-shirts sporting "AFRICA IS THE FUTURE". Since then it's been a creative work in constant progress and now, AITF is launching a new website featuring a magazine, store and tee-shirt line including a new capsule called Mirrors. This 10 tee-shirt limited collection featured the "Africa Is The Future" slogan alongside Addis Abeba Panthers or Brazza Ville Boxing Club. There's an appeal here for us to think about the future and how we want it to be represented. The beginnings of AITF Apparel is to develop a medium of communication. The tees are produced with 100% certified biologic cotton and are approved by the Fair Wear Foundation. Below, we spoke with Nicolas.

Where are you from?

This project was born in 2004. It has undergone several phases up to its current form. It is important for us not to freeze in a particular form and allow it to evolve with the times and the context.

You produce t-shirts so you're somehow part of the fashion industry. How do you feel finding yourself in this sector indirectly?

For now it's not our purpose. For us, the shirt has two main advantages: it's a great media, accessible, participatory and non-controllable and guarantees our freedom to create. 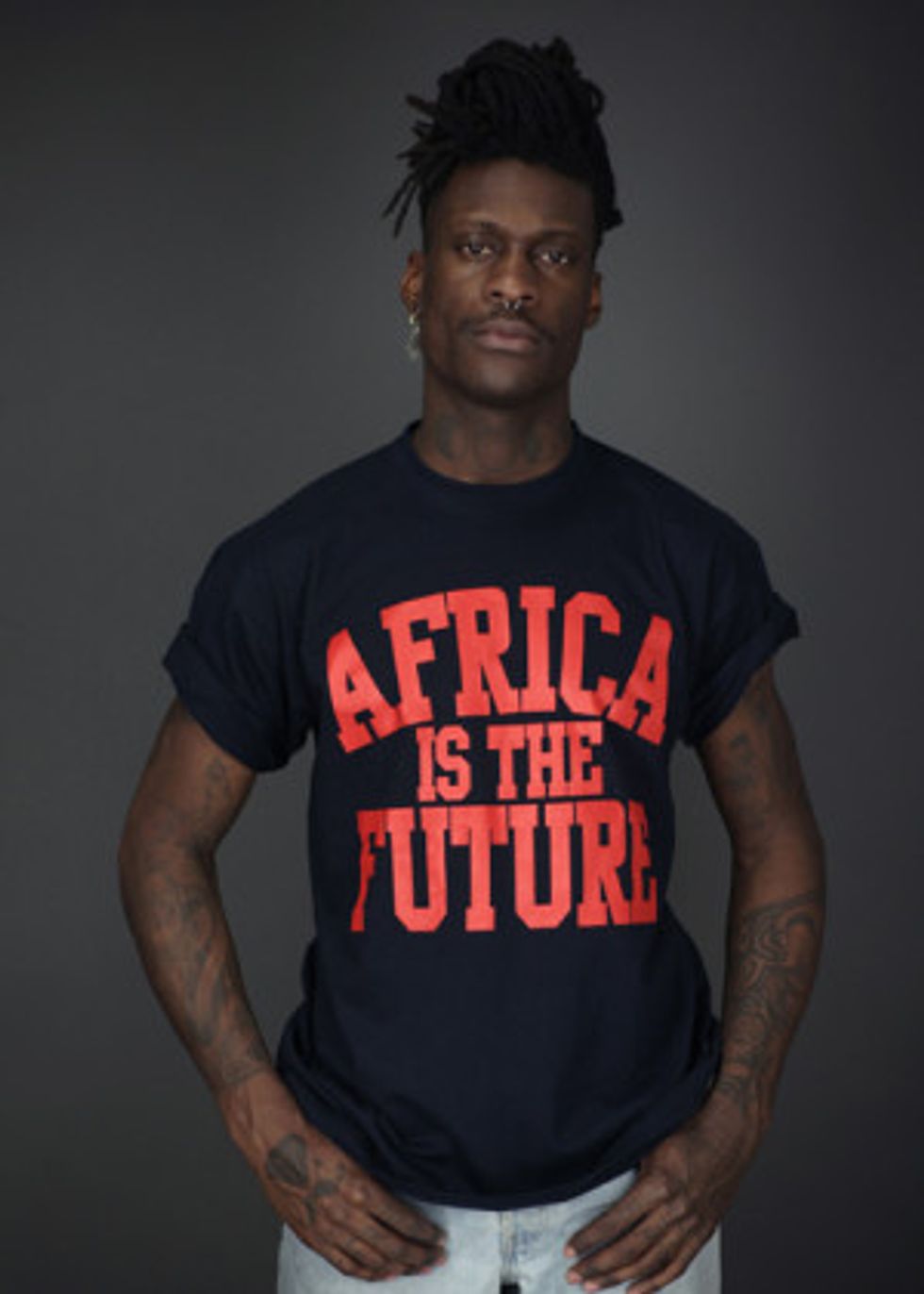 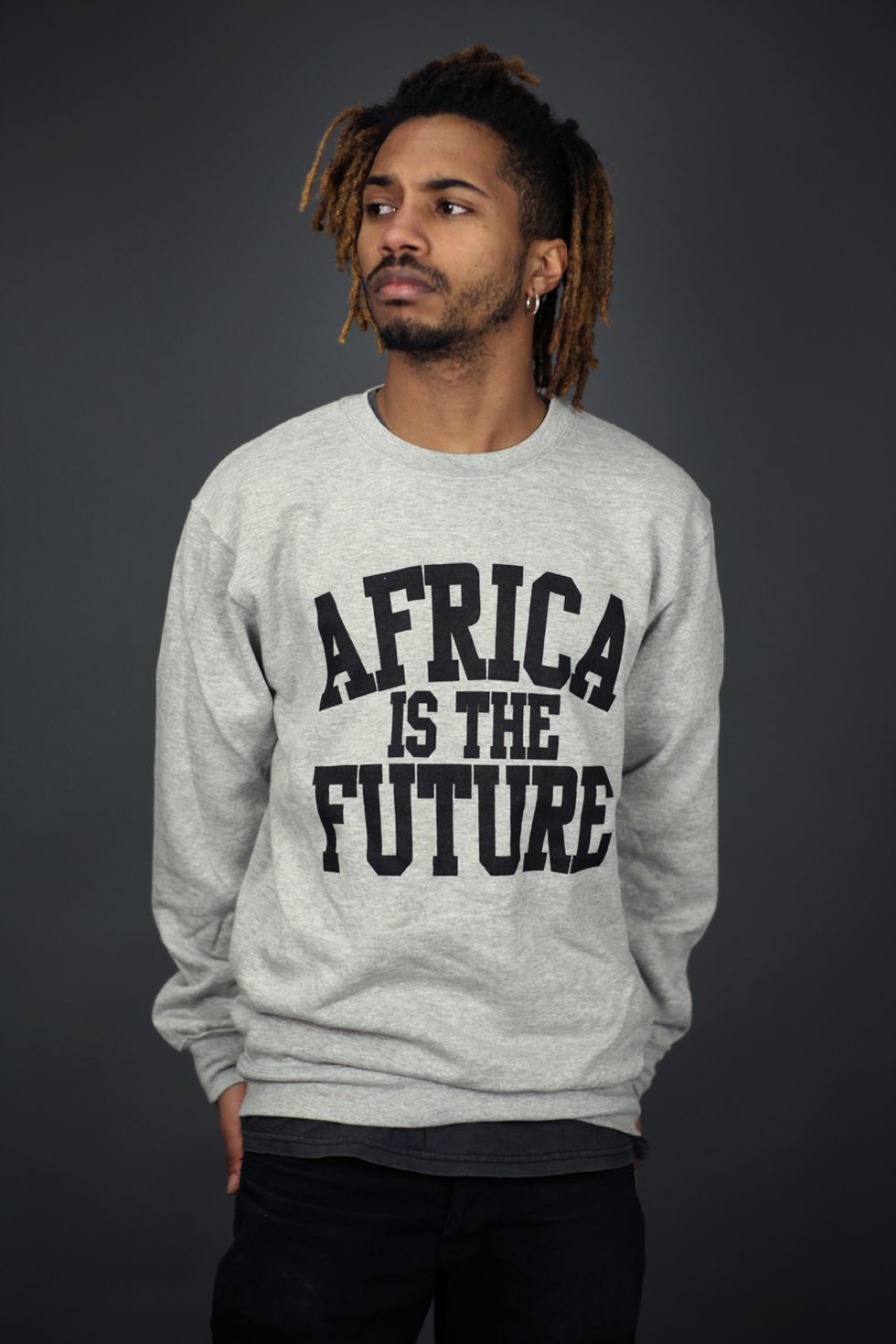 What are your inspirations and your influences? How do you maintain this inspiration?

How do you get from the design to finished product?

Like many creative processes, it's in a somewhat random manner. Sometimes it's very direct but often successive round trips that allow to reach a stage where - after removing, adding, removing again, you say that's it, it's over!

I think you have a very good initiative regarding the image of Africa, do you aim to change the view of the continent in the public eye?

Probably. In any case it does not cast the image of Africa. What we do is to give the leading role to the African continent. We  present an unusual image of Africa, an even nonexistent one. For example, in AITF MAGAZINE, Africa may have some points in common with the USA. I'm not sure it's to the continent's advantage. But the interest of this new position is that it disrupts our way of representation of the world, our references, our way of finding justifications, and it answers to what is going on every day.

Today we are witnessing the emergence of African fashion in many international cities and countries. This development is evidence of its existence, but these events are called "African Fashion Week." What do you think? Do you think there is discrimination?

Africa is present in every fashion week — certainly in a  very, very distorted and exaggerated manner. Acknowledged or unacknowledged, African culture, lifestyle and creations are sources of inspiration for the Western world in many fields of art — be it music, painting, dance or models. But these cultural or stylistic loans are often more akin to theft than a citation because the authors, the original creators, are absent at the banquet festivities. They call events AFRICAN, this is a niche but honestly I don't know if it's something, in any case I don't see the purpose. To take the example of the fashion week, they don't call some Northern or Western Fashion Week Fashion Week? No, it's the Fashion Week.

How would you describe the signature of AITF in a sentence.

Togo's electoral commission has just released the preliminary results of the first round of the presidential election.