She Also Dreamed Of Africa 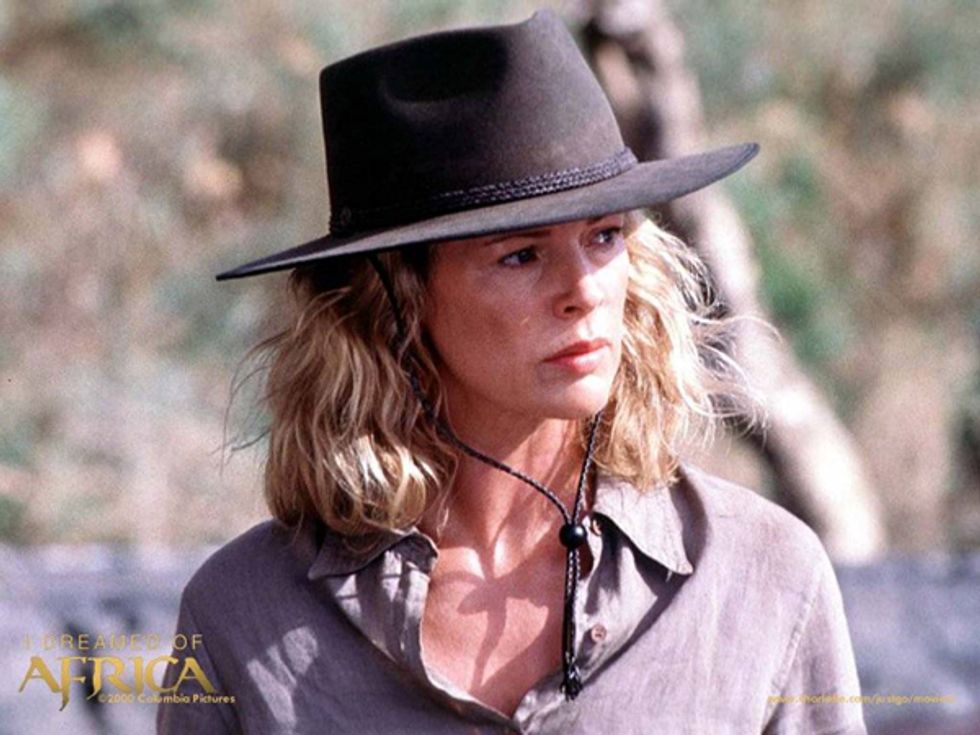 Trolling the internet for Africa-related stories is our business. Nothing we find out there surprises us anymore — we've witnessed everything from "African Gangnam Style," to the Invisible Children saga, to the video of the Cameroonian almost-beauty queen eating a live crab. It's easy to ignore the bulk of the outrageous, but once in awhile a little gem of total ignorance will surface and we're forced to respond with equally igno-irreverence.

When Golriz Moeini's Huffington Post article titled "I Also Dreamed of Africa" first made it around the office we were shell-shocked. Moeini writes with descriptions of an imagined Africa that are reminiscent of a 19th century fair lady bored with modern life in the metropole. It literally says:

I want to experience the rawness of nature in the way that the likes of Dian Fossey, Jane Goodall, Karen Blixen and Kuki Gallmann saw when they fist stepped on the earth there... yet I often wonder if I would have the same tenacity to drop everything and move to Africa as a permanent resident, live with the natives and wild, if I had the chance?

Her article goes on to list the "10 Reasons Why One Should Admire a Woman Like Kuki Gallmann," the author of the book I Dreamed of Africa and the inspiration for the subsequent Hollywood film starring Kim Bassinger. Reason #3 reads: "She dropped her chic, cosmopolitan life in Italy with all its luxuries to be a hardworking rancher in Africa," reason #6 reads: "Her tireless efforts to help the African tribes and communities thrive by teaching Western skills."

Top Reasons Why, Despite Her Dreams, Golriz Moeini Should Not Go To Africa:

So Many Jokes We Don't Know Where To Start:

What Fucking Year Is This?:

S: Does she know that Africans have the internet? Writing like this, with its wack perspective that masks an overwhelming privilege of mobility and some crazytown essentialism under a tampon-commercial itinerary for sacrifice does not fly! stay home lady.

A: Golriz Moeini would annoy the shit out of "the natives." (The Huff Post been trolling The Jungle Book for new content I see.)

Z: I saw The Lion King too.

ZJ: I've often had fond dreams of being dressed up in costumes created by Julie Taymor, and frolicking the vast tundra in syncopated dance with my fellow costumed animals.

G: Gallmann's tireless efforts to help the "African tribes and communities thrive by teaching Western skills"? - By "Western Skills" does she mean she's bringing them Jesus and Gonorrhea like the original colonizers?

E: No I think she means subprime mortgages.

D: The most egregious points have already been flagged. But I will say that Moeini should only move to Africa if in fact she's ready for the "massive sacrifice." Whoa...

M: She says she grew up in Iran, a country that has also been essentialised in the Western imagination. She should know better.

MK: And I quote: "I know several people that have been there that complained about a bad safari or uncomfortable accommodations and they did not enjoy their trip because of that, and when I hear their story I'm certain that they went for the wrong reasons entirely." I hope she doesn't have a panic attack when she sees that inexplicably there are cities on the island of Africa.

1/18 - Golriz Moeini responds to concerns about her article in the Huffington Post's comment section. See the highlighted portion below. We can't make this stuff up.