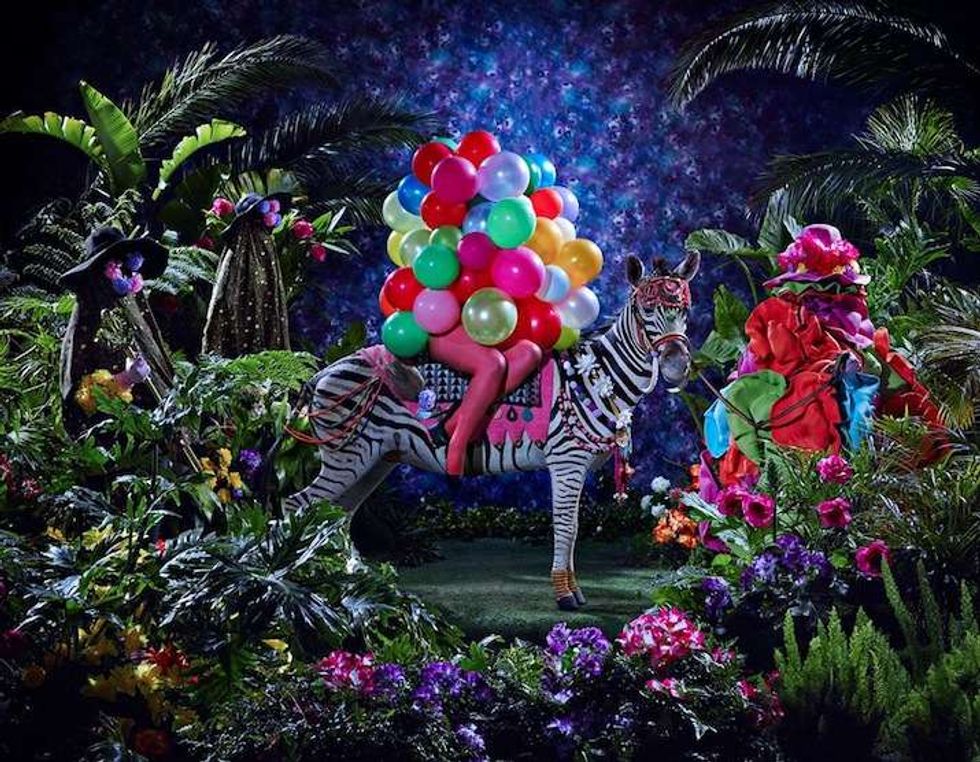 Athi-Patra Ruga's The Night of the Long Knives I, 2013

In just two years London's 1:54 Contemporary African Art Fair has grown to become one of the leading art gatherings showcasing the work of contemporary artists from Africa and the diaspora on the international art market. With successful installments of the event in 2013 and 2014 solidifying the fair's place in the art world, 1:54's creator and director Touria El Glaoui (the daughter of well-known Moroccan painter Hassan El Glaoui) has announced that a pop-up edition of the fair will be taking place in New York City this spring in conjunction with Frieze New York. The NYC edition of the popular art gathering will be staged at Brooklyn’s Pioneer Works Center for Arts and Innovation in Red Hook, Brooklyn from May 15-17 2015.

The 2014 fair, which took place last October at London's Somerset House  featured a number of contemporary artists whose works made our Best African Art of 2014 list including Senegalese fine arts photographer Omar Victor Diop, Nigerian audio-visual artist, Emeka Ogboh, Beninois mixed-media artist, Romuald Hazoumè, and Moroccan pop photographer Hassan Hajjaj. No exhibitors have been announced yet for the New York event, but you can keep up with everything 1:54-related on Facebook, Twitter and Instagram. The third annual 1:54 Contemporary Arts Fair will be held in London from October 15-18. Watch the video below for a recap of last year's fair.