These Are the Dream African Collaborations We'd Like to Hear 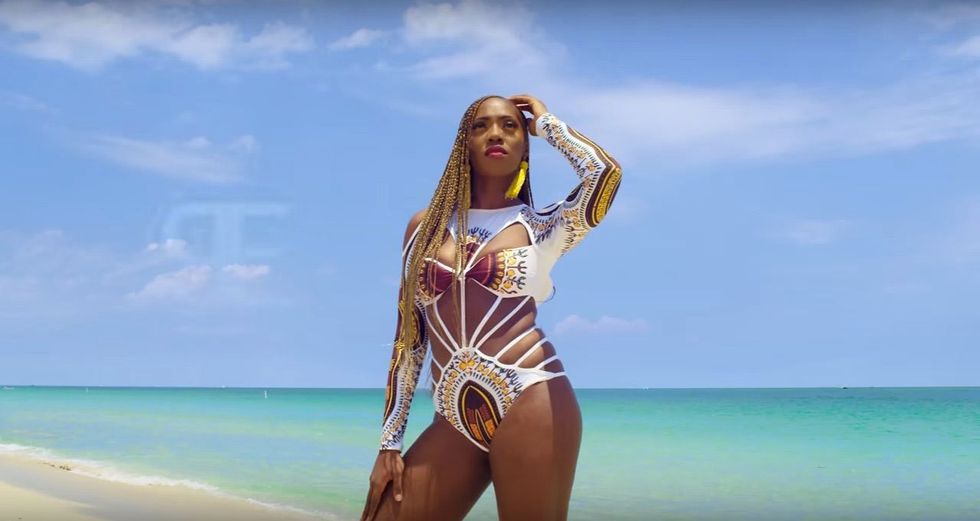 A shortlist of dream collaborations—from Wizkid x Davido to Tiwa Savage x Beyoncé—in the wild belief that wishes do come through.

DIASPORA–It's often the subject of casual conversations: which artist would be a great match for another.

There’s the Nas and Jay Z album that every rap fan would love to see materialize. There’s the Grace Jones and Lady Gaga song which Jones may never say yes to. There's also the collaborations that aren't likely to happen anytime soon as, for example, neither Davido nor Wizkid will be too willing to appear on a song together.

Rather than simply wish these collaborations into existence, we've put together a shortlist of dream collabos in the wild belief that wishes do come through.

After all, D’Angelo did eventually release a third album.

If the Concha Buika from the searing “Volver” were to blend with the depths of feeling on Asa’s “Bamidele” and the stank in Badu’s “Tyrone,” the result would be one for the ages.

Fuji trap isn’t a worldwide phenomenon just yet, but it should be on account of Terry Akpala’s “Champagne Showers.”

Future’s Yoruba could not possibly be relied upon. The gruff singing and borrowed R&B melodies both artists possess are staples of trap and fuji, as well as a natural base for both artist to build on. The result could be anything from terrible to excellent.

It would be lyrically dexterous and hard-hitting. Heads would adore it, and pub-rappers would take it as an altar call.

Yung Denzel would like to prove that Lamar’s status is largely because his primary market is American. Kung Fu Kenny has only Drake in his way to complete dominance and wouldn’t want to get floored by the Nigerian.

Frankly, a joint album followed by a joint tour would be ideal, but two duets would do—one produced by SARZ ("Come Closer," "Beat of Life") and the other produced by Shizzi ("Show You the Money," "Who You Epp?").

Also (not) called the Wavy Gang, both Ycee and Nasty C are two of the best new schoolers on the continent, and Quavo is the American rap equivalent.

Both the beats for “Verge” by Nasty C and “Wavy” by Ycee have a similar jangle and bounce, allowing both artists to weave impressive brag-flows.

And why Quavo? Because now that Future is front man, the game needed a hook-extraordinaire.

How the one-drop guitar lick would have blended with original afrobeat grooves, I don't know. But I would have loved both men to try and succeed, somehow.

The Queen of American pop and the Queen of West African pop couldn't do too badly on a song together.

Both Andy Mkosi and Rapsody are oxymorons. Their flows are laid-back, but their deliveries vicious in conviction. They both have audible vocal projections, and their music is always personal and sincere. 9th Wonder’s soul samples would play the perfect soundtrack to the two going back and forth. Or Khrysis. Or Kev Brown.

These two both have ethereal voices that would gel so well together it would be hard to believe they weren’t in an official duo. Their collaboration would ooze with soul and would be a flex fest of impressive harmonies.