Prêt-À-Poundo at FIMA: Are Africans In The Diaspora Less African? 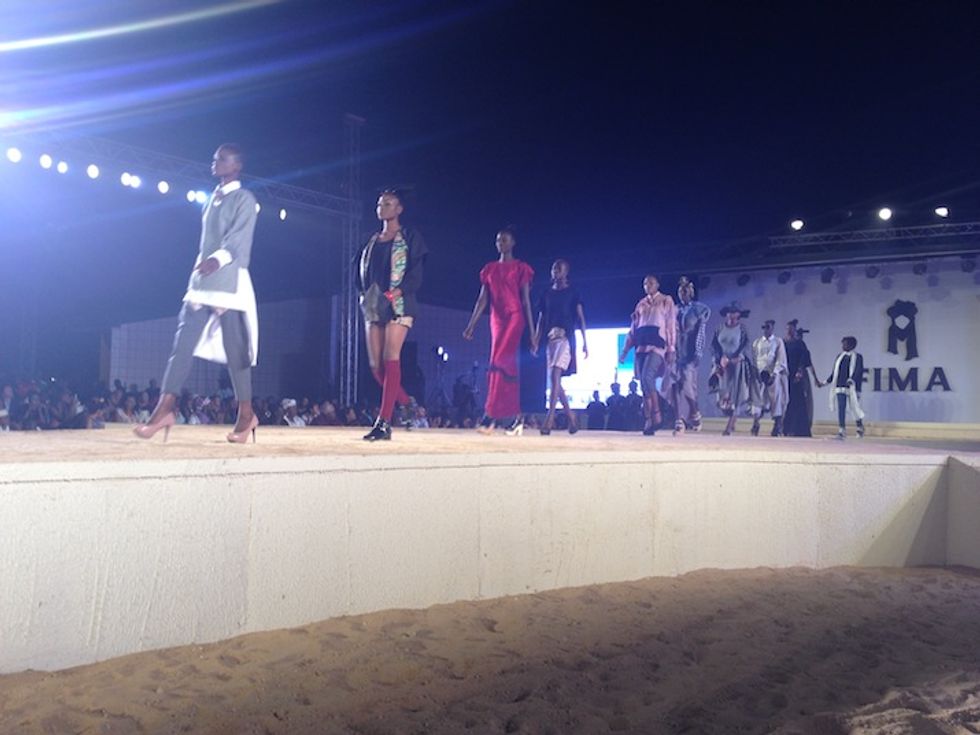 Are designers working in the African diaspora less African than those based on the continent?

Last week we were on the continent attending  the 9th edition of FIMA (Festival International de la Mode Africaine), Niger's international fashion week. On the second day of the event, the highly anticipated contest for emerging designers and models took place at the Centre Aéré de la BCEAO. It was a beautiful setting, with a long catwalk surrounded by sand. The first three shows - NORST by Tapasu Koy Noella (Congo/France), AKOU by Kouassi Norbert Akou (Côte d'Ivoire /America) and CHICISSIME by Michaella Rugwizangoga (Rwanda/Germany) - were met with enthusiasm from the audience. The President and members of the jury unanimously agreed that the three designers brought creative tailoring and innovation to Niger fashion week. But after some back-and-forth, FIMA founder Alphadi announced that these designers would not be part of the contest because they don't live on the continent.

We were taken aback to find that these young designers living outside of the continent weren't considered African enough for the competition. The African Union defines the African diaspora as "consisting of the people of African origin living outside of the continent, irrespective of their citizenship and nationality and who are willing to contribute to the development of the continent and the building of the African Union." These three designers, all of African background, some born in Africa, came to FIMA to unveil their collections and compete for a prize that would aid the development of their brand. When we spoke to each designer, we found that it was not clear to them from the beginning that they would not be part of the contest and they were disappointed to not be considered in the competition. FIMA's reason for excluding them was that unlike other the continent-based designers, these three have access to opportunities outside of the continent. Their priority was to encourage "African," or African-based designers to create.

Yet the reality is that any emerging designer, regardless of their nationality or location, has very little chance of success without funding. Further still the distinction puzzled us, as it has severalothersbefore. What makes one African? Or rather, what makes someone in the diaspora less African than someone living on the continent? The three designers were excluded from the competition which determined the "African designer" in strict geographical terms. Although they gained exposure and recognition for their incredible work, the question remains: should they be excluded from competitions in a fashion week dedicated to promoting African talent?

An estimated 30 million people are part of the African diaspora, and despite migration, aren't these people still African, especially if they choose to identify as such? Questions of "Africanness" will always be contested, but as ambassadors of African culture these diasporans can sometimes contribute to the economic and cultural development of the continent. On a more personal level, if they're considered African outside of Africa, but foreign when they return to their respective countries on the continent, then where are they from?

There was real audience interest in the three designers excluded from the competition at FIMA, and they clearly deserved recognition. Their work expressed the richness that comes from cultural diversity and creativity. We hope to hear your experiences and thoughts. In the meantime, the three labels keep an eye on: NORST (Congo/France), AKOU (Côte d'Ivoire/America) and CHICISSIME (Rwanda/Germany).