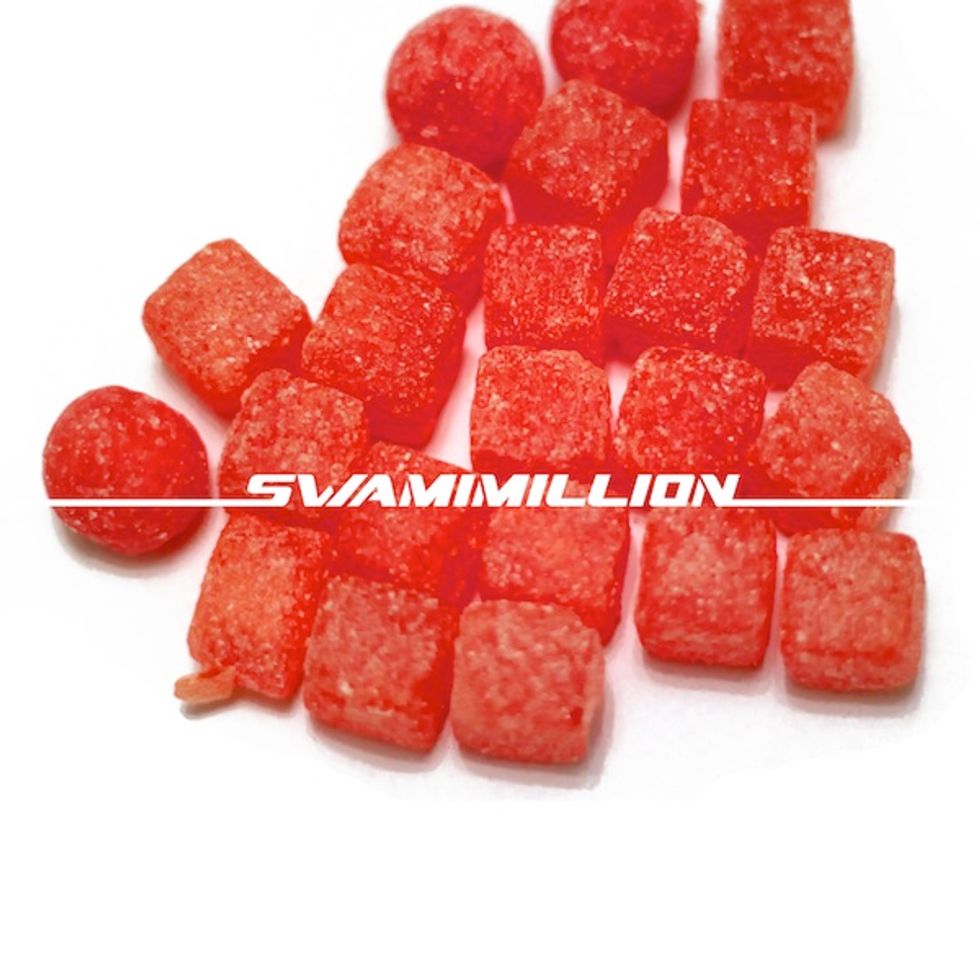 If introducing new production unit SwamiMillion conjures up images of some kind of future-telling, blinged out entity, you might not be too far off in your assumptions. Their 2-track debut release Sours is reminiscent of a voyage into the sonic future led by robots rocking custom grills. The duo is comprised of Si Williams and Will Horrocks, two thirds of UK-based electronic production powerhouse LV — the group that just so happened to top Okayafrica's Best Albums of 2012 list with their excellent Sebenza release.

SwamiMillion marks a departure for Williams and Horrocks, as they explore an edgier hip hop sound with dislocated pulsing synths and out of place snares — all designed with the intention of creating beats that hit you in places when you least expect them to. If you're intimidated by such wanton experimentation, don't be; the two-track Sours album bangs from front to end, even if it's not quite the journey you expected to go on. Stream and download Sours below as a name-your-price available from the group's new imprint Alter-Id.