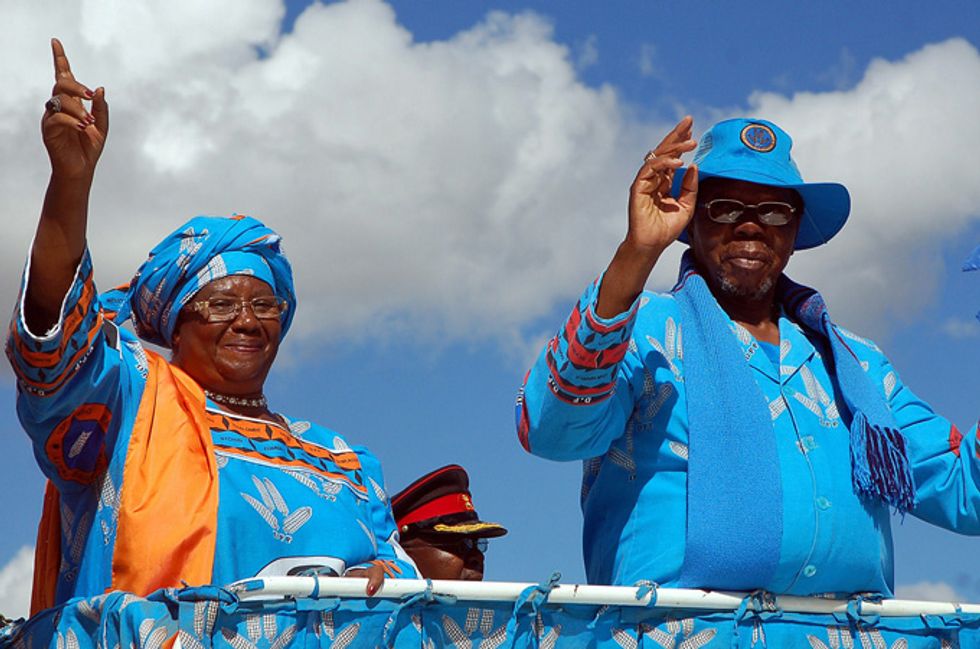 Filmmakers Nick Francis and Marc Francis present "Madam President" a Speakit Films Production. The short film follows Malawi's first female president, Joyce Banda. Assuming office as President after the sudden death of  President Bingu wa Mutharika, Joyce Banda has just two years to convince Malawians to support her efforts to transform Malawi. As the film commences Banda expresses her trepidation of the work she has ahead:  It's heavy on me because my fear is that we've wasted fifty years. There's been little progress of changing the status of people at grassroots. It's heavy, but I'm able to carry it. Why? Because I'm an African woman and that is how we are trained. To carry heavy loads. We are brought up that nothing is unbearable."

Produced in association with The Guardian and supported by WorldView, the documentary situates itself as an introduction to Joyce Banda, outlining the challenges she faces and in some ways ends where it starts. Particularly interesting moments of the film feature Banda's preference for working with the Chinese, who make deals happen in the now- as opposed to Western countries with long lists of demands making it difficult to comply without delay. Check out the documentary below to get an insight on Malawi's first female president as she prepares to show her country that she's the woman for the job.