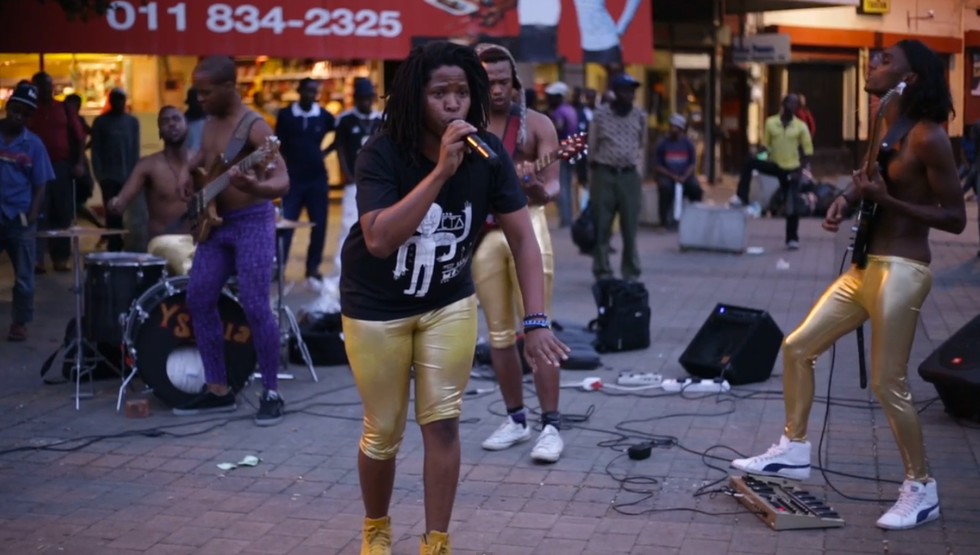 Johannesburg-based benders of afro-spiritual-funk genres The Brother Moves On recently took to their hometown streets to deliver an acoustic performance of "Good Times." The video is another in a series on protest songs presented by ONE Campaign for their recently launched agit8 project, which pleads for “an urgent call for action against extreme poverty… leading up to the G8 summit in Northern Ireland.” Watch the Brother Moves On spread the good time vibes amongst a skeptical group of onlookers below. For more performances from the ONE Campaign's agit8 project check out a live video of Spoek Mathambo x Krar Collective.