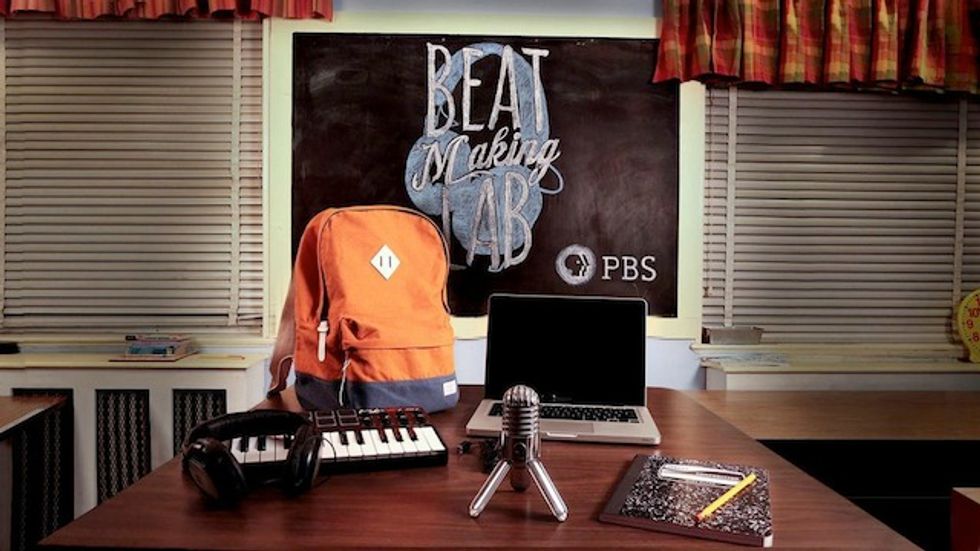 For a few months now, Okayafrica has been covering the progress of the Beat Making Lab project started by UNC Chapel Hill professors/beatmakers/emcees Apple Juice Kid and Pierce Freelon in the Democratic Republic of Congo - you can find the first track "Cho Cho Cho" that dropped last month here if you need a refresher.

This week, the team has announced an official partnership with PBS Digital Studios to bring a weekly webseries that follows the Beat Making Lab crew as they bring their curriculum to Goma, DRC; Portobelo, Panama; Dakar, Senegal; and Suva, Fiji. The labs conducted are developed out of the curriculum designed for a course taught by Apple Juice Kid and Dr. Mark Katz at UNC, bringing music education through sample-based electronic and hip hop production to youth around the world.

The first episode takes place in Goma and explains the full scope of the Beat Making Lab while also highlighting the experiences of the young creatives who are participating. As the crew wraps up each production workshop, the equipment is used to establish permanent labs for youth in each of the host cities. As we've mentioned before, the team behind the Lab is also working on developing an open-source beat making software, allowing for producers across the globe to share and work on beats in a free, fully-collaborative platform. Not only are the ideas behind the project super dope, it's also quite exciting to see a sustainable model for music education and collaboration for global youth to participate in, even after the UNC team finishes their workshops. And if the music played in this episode are any indication of what's to come, we can't wait to see what's next - as one YouTube commenter puts it —"This beat DISRUPTS!" — and we tend to agree.

Watch the first episode below, new episodes are set go up on the Beat Making Lab YouTube channel every Wednesday.