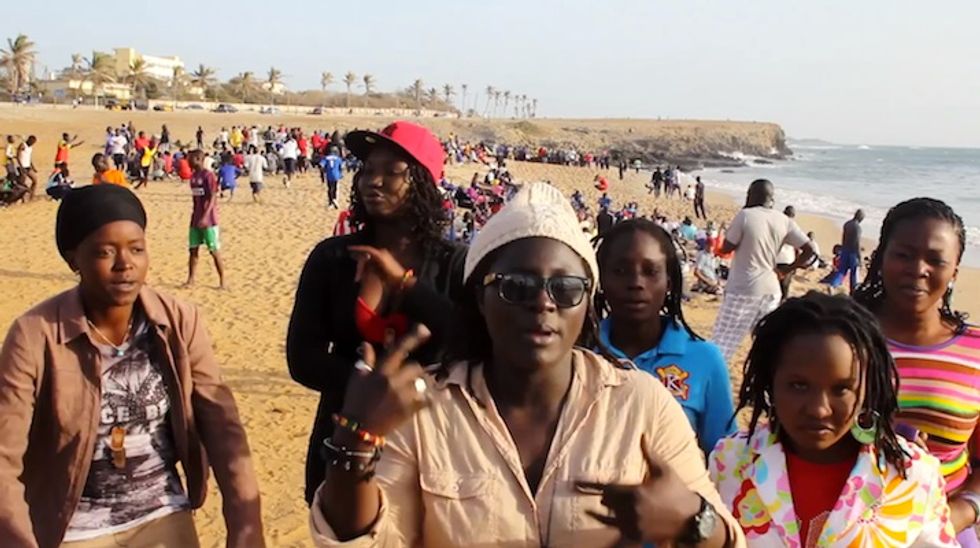 Female empowerment through music is at the heart of the latest Beat Making Lab in Dakar, Senegal. As a part of their project to make digital music production possible for young musicians in developing nations, producer Apple Juice Kid and UNC Professor Pierce Freelon teamed up with the all-female Senegalese collective Gotal and paired them with the women-led NGO Speak Up Africa to produce songs about global health issues in their communities. The third in the Beat Making Lab web series, Dakar is the first location in the program to exclusively feature female artists.

New episodes air Wednesdays beginning May 22nd on PBS Digital Studios’ Beat Making Lab channel. Get introduced to the women of Gotal by watching the first of the Dakar episodes below. The weekly chronicles will culminate in the release of the Senegal Beat Making Lab's EP titled Gotal. Gotal, which means "unity" in Pular, is both the name of the EP set to premier July 5th on Mad Decent (released by Mal Dicen x Latino Resiste x ARTVSM) and the name of the all-women's ensemble to participate in the Senegal Beat Making Lab.