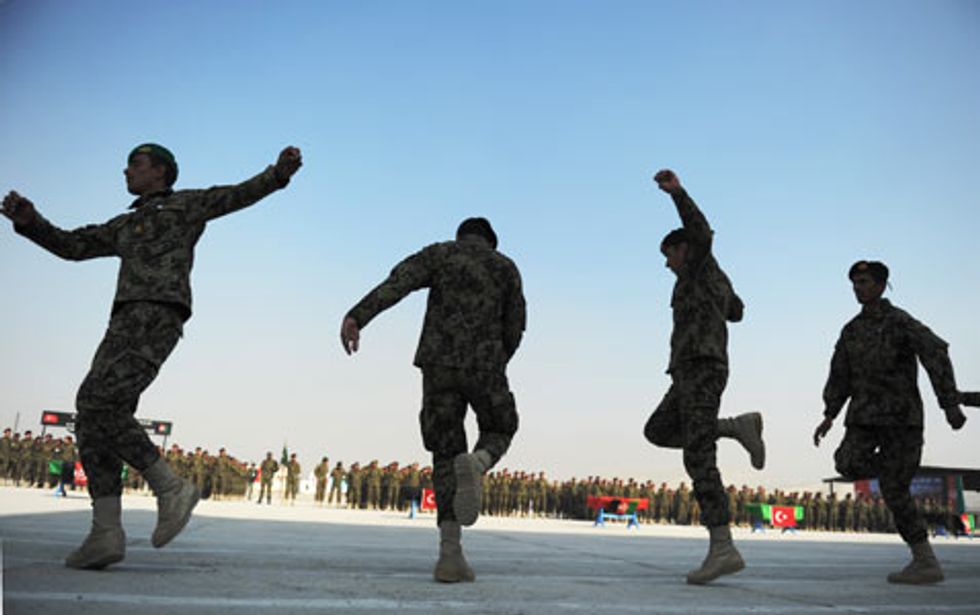 The furore over the U.S. Army's Azonto is just a big distraction.

Looks like the U.S. Army has submitted an entry to the #ANTENNADANCE competition (in which people record themselves dancing to Fuse ODG's hit Antenna).  The vid features soldiers pranking, grinding, shimmying, & (inexplicably) doing the dougie on tanks, in the feel-good vein of last year's 'Call me Maybe' cover, or 2008's 'The Ding Dong Song' or 2009's 'Ice Ice Baby' . . . you get the picture.  We came across it via Report Ghana, who tell us that "Afghanistan is actually known for war and suicide bombing" and then enthuse "It is really amazing to see that Ghana's azonto has spread world-wide."

Not sure how Report Ghana figured that a video in which U.S. soldiers bounce around barracks and dance with the odd Afghani kid is going to radically alter representations of Afghanistan. And in this instance, is it really worth celebrating Ghana's global reach? Mainly, in the vein of Hearts and Minds, the video functions as good PR for the Army and the U.S. government. Distracted by all the frat-boy homerotic fun and games, everyone (me included) starts feeling sentimental about "the boys" and forgets to ask what the the Army is still doing in Afghanistan . . . and why our leaders saw fit to send it in the first place.

On a purely formal note: this is not azonto - just bad dancing set to an azonto soundtrack.
Popular