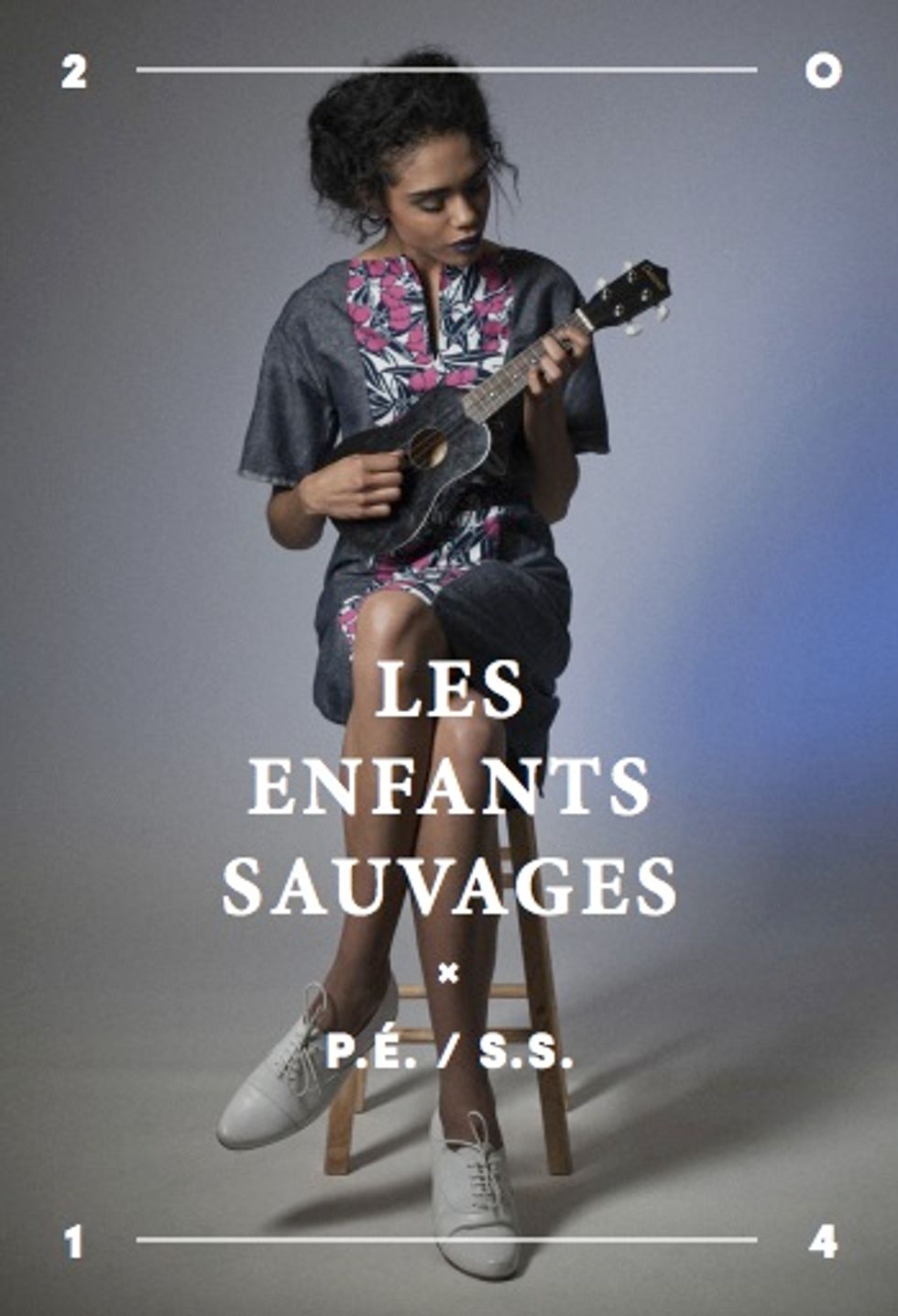 A woman sitting on a stool is playing the ukulele; she's wearing a cute dress with a large line of strong-pattern fabric and flat shoes. That's how you step inside the world of contemporary label Les Enfants Sauvages: "a Montreal-based studio working with fabrics from different cultures. It freely combines tradition with modernity, the local, and the foreign. We make clothes for the free and independent human beings." Marie-Christine Quenneville, the brains behind the brand, constantly reinvents herself through a blend of African-inspired prints and oversized ready-to-wear pieces.

Quenneville states, "[the] collection is inspired by Haitian voodoo, particularly the representation of the spirit goddess Erzulie.  I am interested in feminine figure and I linked that to the Japanese mythology of the spider Goddess Jorogumo. The fabric I use is always the starting point of my creative process, and I worked this time, with a spider motif fabric. [That's] where I elaborated the concept from. The spider symbol also a strong meaning in Africa, as it is presented in the film KwankuAnanse (whose filmmaker, Akosua Adoma Owusu, wore Les Enfants Sauvages dresses at the Toronto Film festival)."

"[I was also inspired by] images of American vernacular jazz dance and the crazy dance parties in private Afro-American clubs back in the 1920s and 1930s. The feel a joy that emanates form those party are palpable to me. As voodoo travelled to the south of the United States I saw it blended in the society of the era. This era was greatly represented by the drawing of the artist Bill Traylor. There's a shadowy mood and, to give you an image of the collection as a whole, it'd be like a secret society in a Louisiana village in the 30s — everyone gathering around a pond under a full moon in their very best attire to dance old dances." Her Spring/Summer 14 collection is definitely a combination of stylish easy-to-wear pieces. You'll be to purchase it here starting March 2014.