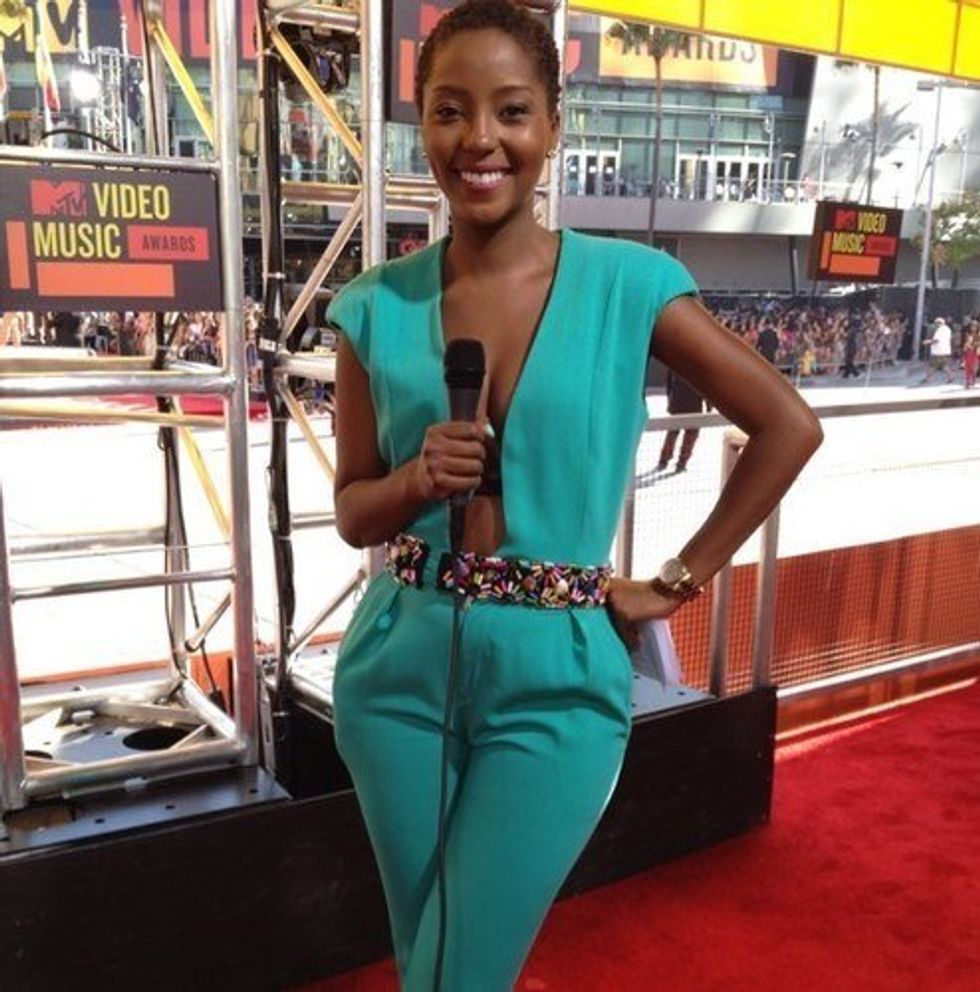 A  lot of us don't need to get hipped to the flyness that is African style and fashion, unfortunately the rest of the world still has a little catching up to do. Zimbabwe-born, NYC-based blogger and writer Makho Ndlovu is starting to change that with her new weekly column for Russell Simmons' hip hop and pop culture news website Global Grind. Okayafrica took a few minutes to chat with the lovely Mahko to discuss her latest venture, the importance of sharing a new vision of Africa, and what it's like working for Russ.

Okayafrica: Is your new "Africa" column on Global Grind indicative of an increased presence of alternative information on Africa in the mainstream?

Makho Ndlovu: Absolutely! Often times as Africans we get frustrated about how our collective story is being shared with the world. With columns such as the Global Grind one, we are taking back the responsibility for communicating our narrative. With the framework of social media, it's super easy to share information within the blink of an eye globally. It's incredibly empowering for me as a Zimbabwean to tell "our" African story and discuss real issues in a context that is cognizant of who we are as a people.

OKA: How did your column come about?

Makho Ndlovu: I actually pitched the idea to the Global Grind co-president Michael Skolnik about a month ago. With his blessing, it came into fruition. I obviously was very nervous about whether or not he would green light it, but I am glad he gave me a shot.

OKA: What does Russell Simmons say about the column?

Makho Ndlovu: Interestingly enough, I'm not sure. All my communication is via the Global Grind editorial team. My hope is that he likes it. I know that Russell does a lot of important work in Africa through his Diamond Empowerment Fund so I know it's an issue that is near and dear to his heart. I'm almost positive that if the bossman didn't like it, the column would not be in existence.

OKA: What kinds of things will you report on?

Makho Ndlovu: My original idea was so focus on the everything entertainment related within the continent. Style, music, fashion and stories that celebrate our successes. However, I will probably expand that scope and start talking about huge stories coming out of Africa. For instance this Oscar Pistorious story touched me so much on so many levels and it's hard to ignore. As a personal goal I want leave the readers with something to think about or evoke some sort of emotion after reading the blog posts.

OKA: What has been the feedback from readership so far?

Makho Ndlovu: So far so good. The post I publish this week will officially have been my fourth column. I will say that 99.9 % of the comments that I have received have been positive, a lot of Africans read Global Grind, so it's nice to see that the site values them and has etched out a specific column to tell their stories.

OKA: Who's been your favorite celebrity to talk to?

Makho Ndlovu: With the Global Grind African Scene column, just last week I reached out to Nigerian singer Bez for his take on his favorite African designer. So that was really cool, I dig his music. But as their red carpet host my FAVE celebrity to chat with was LA Reid. It was Russell's Simmons' Art for Life Gala in the Hamptons and he paid me a compliment on camera and I almost passed out. I'm a huge fan of his work so that was a special moment for me.

Check out Mahko's coverage of NYFW here and be sure to stay tuned to her blog for more fashion news from an African perspective.