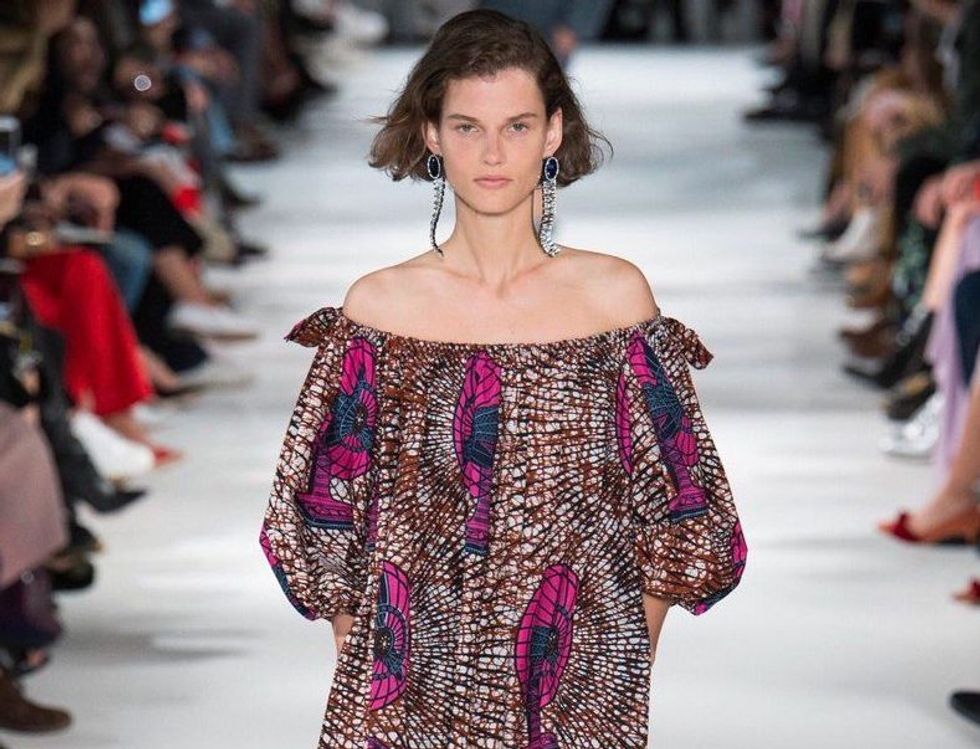 Dear Western fashion houses, please stop taking designs that Africans have been wearing for years, calling them your own, and charging people out the ass for them. Thank you.

The latest offender of this age-old trend of "fashion colonialism," is high-end label Stella McCartney, who showcased items from their Summer/Spring 2018 collection yesterday during Paris Fashion Week.

The brand infused ankara designs into their new collection to create dresses, jumpsuits and tops, that look a lot like what our favorite aunties wear casually around the house or to run errands. And you can be certain that their clothing is not cheap, just peep the price points on their website. Many of these items could very easily be sewn by your local tailor in, let's say, Lagos, Dar es Salaam, Dakar or Accra for less than a quarter of the cost.

To add insult to injury, they presented these designs on a group of mostly white models.

So are we going to talk about Stella McCartney using Ankara prints,
meanwhile there was only ONE African model on her runway?!🙄 pic.twitter.com/ljrvfNYMNK
— Amarachi Nwosu (@AmaraWorldWide) October 2, 2017

Folks are understandably angry. We're all tired of this occurring time and time again. Folks have been airing out their frustration via Twitter.

Something my mum has been wearing for years when she wants to make stew https://t.co/V30QYaoOHV
— Fouréns (@NnennaSays_) October 3, 2017

@StellaMcCartney I hope the proceeds of this design went to an African NGO. CAUSE YOU KNOW DAMN WELL THIS AIN'T YOUR DESIGN!! #PFW#PFW17https://t.co/iZvBDxl9Op
— AFutureMogul💎 (@NoscMang) October 3, 2017

How are you going to use African culture as your "inspiration" yet not even attempt to have African women represented on your runway?
— Amarachi Nwosu (@AmaraWorldWide) October 2, 2017

Earlier this year, the brand received some backlash from Nigerians who believed that they had misrepresented the country in their Lagos-shot editorial.