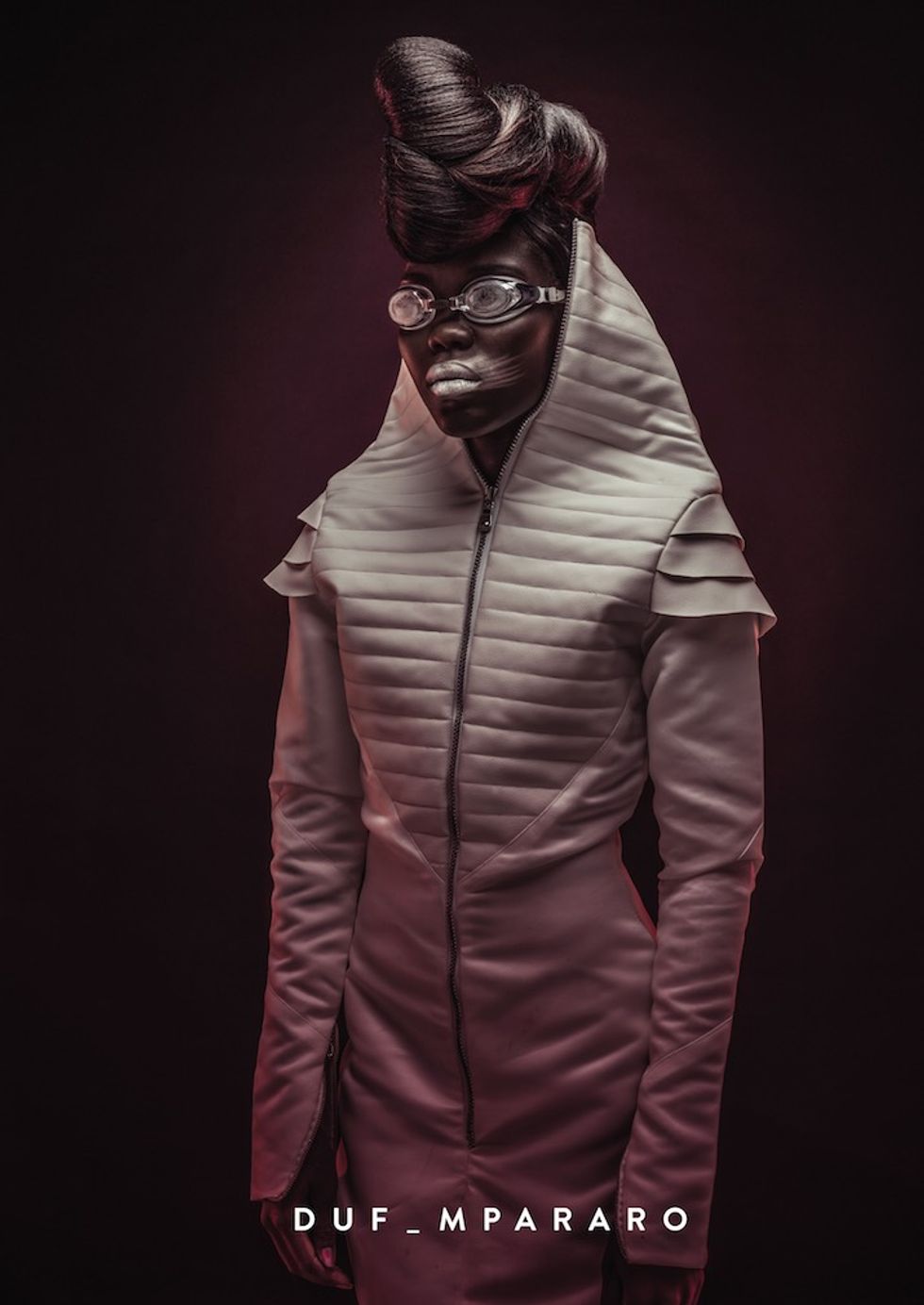 Osborne Macharia is a self-taught advertising and contemporary photographer whose striking images are instantly recognizable due to the mellow hues and dynamic lighting that imbue each of his subjects with an otherworldly glow. Born and raised in Nairobi, Macharia received a degree in architecture, but just a few years ago found that his true passion lay in photography. Since then, he's managed to carve out a niche for himself in the field of commercial photography, while also carrying out personal projects that he says "help him to define and refine [his] work."

Macharia's latest photo project, Afro-Juba, consists of a series of images "inspired and dedicated to the games that defined our childhood, before the era of video games." The conceptual set sees him re-imagine four Kenyan schoolyard games, including Brikicho (hide and seek), Cha-Mama (girls role playing as mothers and wives; sometimes involving boys playing husbands), Duf Mpararo (skinny dipping in tadpole infested water) and Muwindo (hunting for quails and other smaller birds using a slingshot). We recently caught up with Macharia over email to hear more about his imaginative new series and his take on Nairobi's emerging photography scene.

Jen for Okayafrica: Could you tell us about your latest photo series, Afro-Juba? What’s the story behind it?

Osborne Macharia:Afro-Juba came about after meeting up with hair stylists Corrine Muthoni and Richard Kinyua who really wanted to go all out. Even without having a concept in mind, we set a date and began working around having something to execute by that date. I didn’t want it to be another ordinary hair shoot so I had to scout for a good fashion designer who had a unique collection and that's where I linked up with a designer called Charity Namnyak. All that was left was finding a stylist who would mix and match so that the attention wouldn’t move away from the hair but still make the models stand out. That's where Kevin Abraham came in. Now we had a team but still no concept in place. The models I wanted to use had to be dark-skinned and the first model that came to mind is a friend called Anok. When I got in touch with her she had just landed from Juba, South Sudan. The name "Afro-Juba" came to mind. As we began shooting, I noticed a pattern that reminded me of some of the childhood games we used to play and each look had a reference. That's how the project came together.

OM: I discovered photography during my fourth year on campus when I failed a unit and had to sit out for one academic year redoing that one paper. I had a lot of time on my hands. One day I stumbled upon the work of renowned photographer Joey L. and that was the turning point for me. I was good at building architectural models which I did for a couple of architectural firms and I would buy photography gear from that. This went on for almost three years before photography was able to sustain itself while trying to balance between finishing school and establishing my photography business. That's how my journey began.

OKA: How would you describe your current artistic style? Do you think that you’ve settled into a style that reflects your passion? Or do you still discover new things every day?

OM: I honestly have no words to describe my style, it's my audience who have described it for me. Some say it's “a mixture of CGI and photography’ while others say it's "photography with a painted effect bordering on illustration." There was once someone by the name of Jannis Gabrielides who through Facebook described my work as such: "‘the classical painting-like aesthetics with warm and smooth colors, the deep shadows carving out the marks life has left on the model's faces, and most of all the dignity that gives your characters a profound sense of beauty going way beyond that of superficial perfection." That's the best description I have heard of my work. In terms of settling on style, I think I have. Now it's a matter of experimenting more within those lines as well as discovering more subject matter that will best be captured using this style.

OKA: Can you tell us a little bit about the photography and art scene in Nairobi?

OM: Photography in Nairobi is quickly picking up with more and more passionate photographers emerging every day. There are quite a number of Instagram meet-ups happening every month. Corporations are starting to see the need for better photography to push their brands a notch higher as well as couples looking for wedding photographers. I’m also the co-founder of LightFreaks which is a workshop series dedicated to photographers who are getting into lighting especially outdoors. We have had a couple of workshops in Nairobi and its environs and recently had a workshop in Addis, Ethiopia.

OKA: What inspires you to create?

OM: I’m inspired by quite a number of things, from lighting in movies, Illustration magazines, stories from the hood, creative social platforms such as Behance, fantasy and more importantly other photographer’s/artist’s works.

OKA: Are you currently working on any new projects? What's next for you?

OM: I’m always working on a new project. All I can say is follow me on Behance and see whats next.

"MUWINDO: Hunting for Quails and other smaller birds using a slingshot," from 'Afro-Juba' by Osborne Macharia