A Reunion of Rhythms: Walshy Fire and Machel Montano on 'Afro Soca' 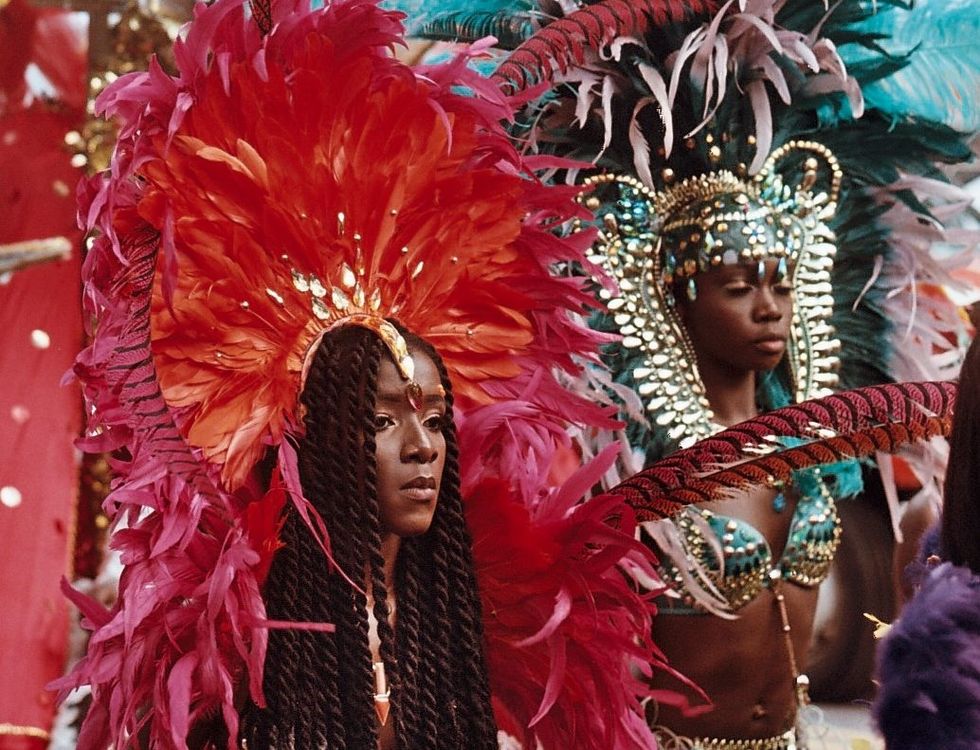 'Afro Soca,' the musical exchange that has the potential to strengthen ties between African and Caribbean people like never before.

“Was it Afrobeat or Soca?”

An impassioned debate arose at Trinidad & Tobago’s Carnival 2016 over one of the year’s most popular songs, "Bend Down Pause-The Carnival Remix."

To be fair to those trying to figure out the song’s provenance, it was hard to distinguish. The composition had elements that could be attributed to either genre: an infectious rhythm, charismatic flows and sensual lyrics. The artists on the track, Machel Montano (Trinidadian), Wizkid and Runtown (both Nigerian), had styles that evoked tropical joie de vivre, compelling you to dance.

Maybe the success of the hit song lies in the ease of combining very similar things something which musicians are increasingly gravitating towards. The past several years have seen a proliferation of alliances between Caribbean and African artists—the Afrobeat~Soca synthesis being only one manifestation. These ties go back centuries but nonetheless remain dynamic.

Walshy Fire, the internationally acclaimed DJ who produced "Bend Down Pause" affirms this connection. “It is not the first time this is happening, obviously it comes from us in the Caribbean actually being African. Those sounds were there from day one. They would play throughout the history of Caribbean music in Calypso, Mento, Kompa etc.”

Machel Montano, the soca juggernaut who has played a primary role in linking Caribbean and African musical talent agrees. “We brought the different influences of our ancestors with us but we kinda incubated them in our (new) environment.”

Through the TransAtlantic slave trade, the musical traditions of Senegal, Ghana, Côte d’Ivoire, Nigeria and elsewhere in West Africa came to the Caribbean. Despite colonial restrictions forbidding the enslaved from singing songs deemed socially provocative and banning drumming—which Europeans suspected contained messages of revolt—Africans managed to preserve many indigenous styles, like the repetition of a phrase at an identical pitch, the use of call & response, and the re-creation of ancestral instruments.

In Trinidad & Tobago, these adaptations became calypso, the steel-pan and, eventually, soca. While much more can be said about the African roots of Caribbean music, there is another side to this musical kinship that’s interesting—the role Caribbean sounds played in shaping contemporary West African music styles.

Calypso was the first Caribbean genre to be recorded and sold internationally, reaching London in the forties.

In 1948, two of the style’s great icons: Lord Kitchener and Lord Beginner arrived in England, boosting the morale of black West Indians who were migrating to England in droves.

In a London hostile to their race, the entertaining yet socially-conscious calypsos supplied a vocal outlet, but it was not just Caribbean immigrants who found consolation in the music. Facing similar struggles, settlers from Africa’s British colonies also related to the music which captured the Black experience in England.

In this way, Africans were first exposed to Caribbean music but it would not be the last. Beginning in the 1960’s, Bob Marley and his Jamaican peers including Peter Tosh and Bunny Wailer popularized a new sound called reggae. Its messages of African solidarity and empowerment spread like wildfire throughout the diaspora, reaching the continent and ultimately inspiring a generation of musicians.

Bolstered by the contributions of trailblazers such as Alpha Blondy (Côte d’Ivoire), Lucky Dube (South Africa) and Majek Fashek (Nigeria), reggae became a mainstay of the African musical landscape. Decades later, a younger vanguard comprised by the likes of 2Face Idibia, Shatta Wale and Pakoranking (all Nigerian) is welding the influences of reggae and other Island sounds with traditional African music into new forms.

Soca is but the latest of these genres to be etched upon the continent’s musical psyche. Walshy states “Africa loves Caribbean music and recently the Caribbean loves African music. 'Bend Down Pause' did very well in the Caribbean as an Afrobeat song. Then, when I got Machel on it, it exploded. The song then went to Canada and the US as a fusion song. Even in Africa, some places are playing the fusion version, even though the original topped the charts there."

"The recent popularity of this is partially because of the ease of finding music now. In vinyl days, you had to have the vinyl to play it, sample it, or be influenced by it. Now, it’s all online.” Montano adds “I believe that the sound of Soca has reached across the waters and influenced a lot of the African music.” Both he and the producer agree though that the attraction goes both ways over the Atlantic.

Indeed, over the past few years, Nigerian artists such as Timaya and Runtown have performed at Trinidad & Tobago’s Carnival, one of the largest and most esteemed Caribbean musical platforms. The reception they and their music have received has been an enthusiastic one. Whether intentionally or not, the entertainers served as cultural ambassadors to a region eager to receive more of the creative goods the continent has to offer.

The exchange holds obvious commercial and professional benefits but other possible ones too. The bilateral discovery, whether through a performance stage, radio airwaves or social media, has the potential to strengthen ties between African and Caribbean people like never before.

Machel Montano speaks on this. “It’s always a laugh or a joy when we share what we are but we realise that it’s very similar to what someone else might be...Things that move you will be things that you feel familiar with or make you feel at home. Ultimately, this (African) music has influenced Calypso from the beginning, Calypso has influenced Soca, Soca has influenced African music, African music has come back around to influence Soca and it keeps going around.”

So, maybe it does not matter much after all whether the song is Afrobeat or Soca. It may be enough that the music reunites distant relatives. When asked what he thought the trend may mean for the future of Soca, Walshy Fire had this stay “I don’t know about the future of Soca but I do view the word trend as a bad one. It means it started and will end. I would hope that African and Caribbean people continue to build music together forever.”

Montano echoes Walshy’s sentiment “I think that is the beauty or the essence of life to see the patterns, to see where we are similar, to see where we resemble each other and try to create a sound that reflects us all….I think it’s a great thing and I look forward to what can happen in the future”.