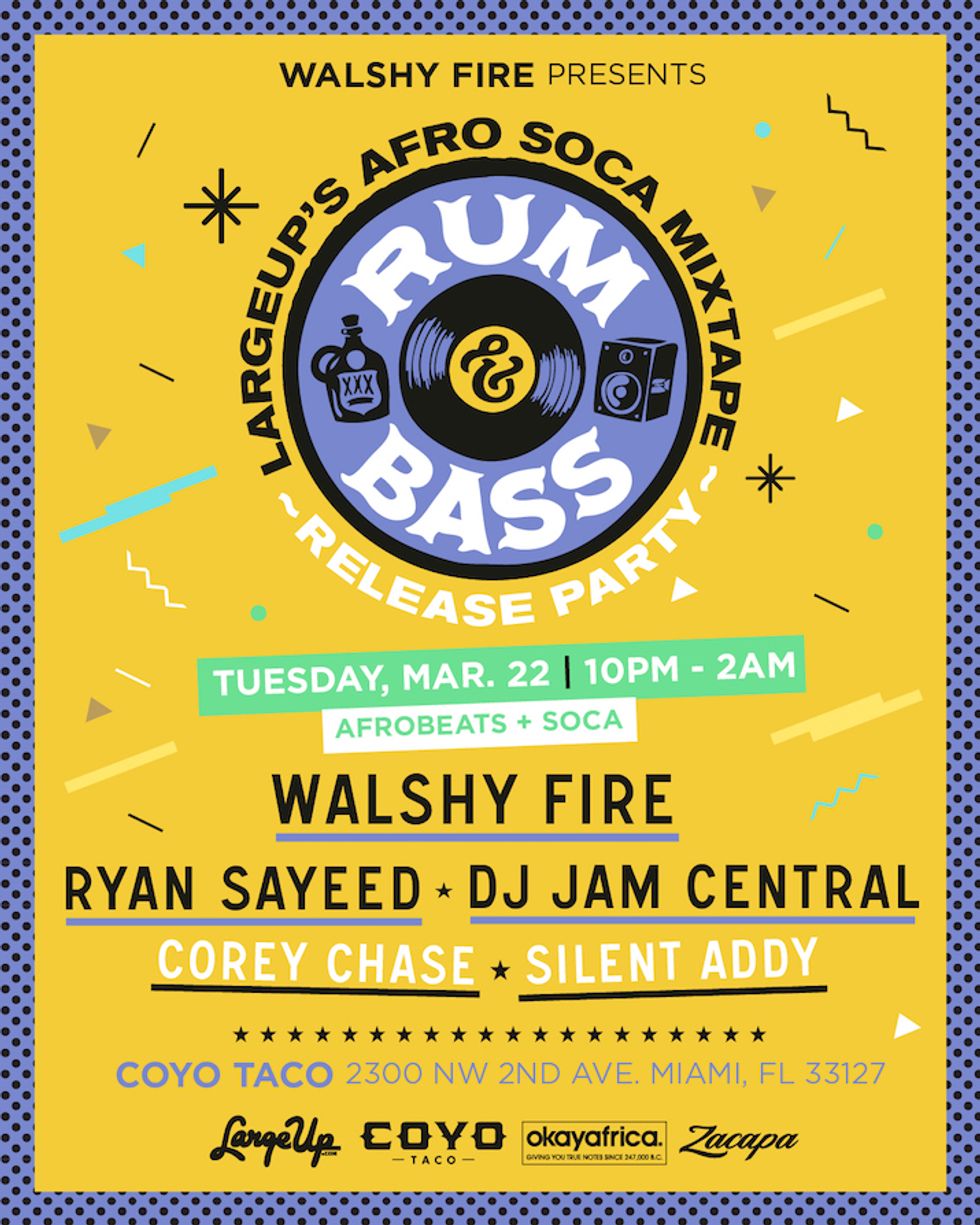 Okayafrica is teaming up with our LargeUp family and Major Lazer’s Walshy Fire to host Miami’s first 'Afro Soca' party this Tuesday, March 22. The night’s festivities will celebrate the new hybrid of Caribbean and afrobeats sounds that have been heating up both sides of the Atlantic—a style heard on tracks like "Runtown," Wizkid & Walshy Fire’s “Bend Down Pause” and Olatunji’s “Oh Yay.” It will also double as the release party for DJ Jam Central‘s upcoming Afro Soca mixtape.

Check out all the info in the flyer above.