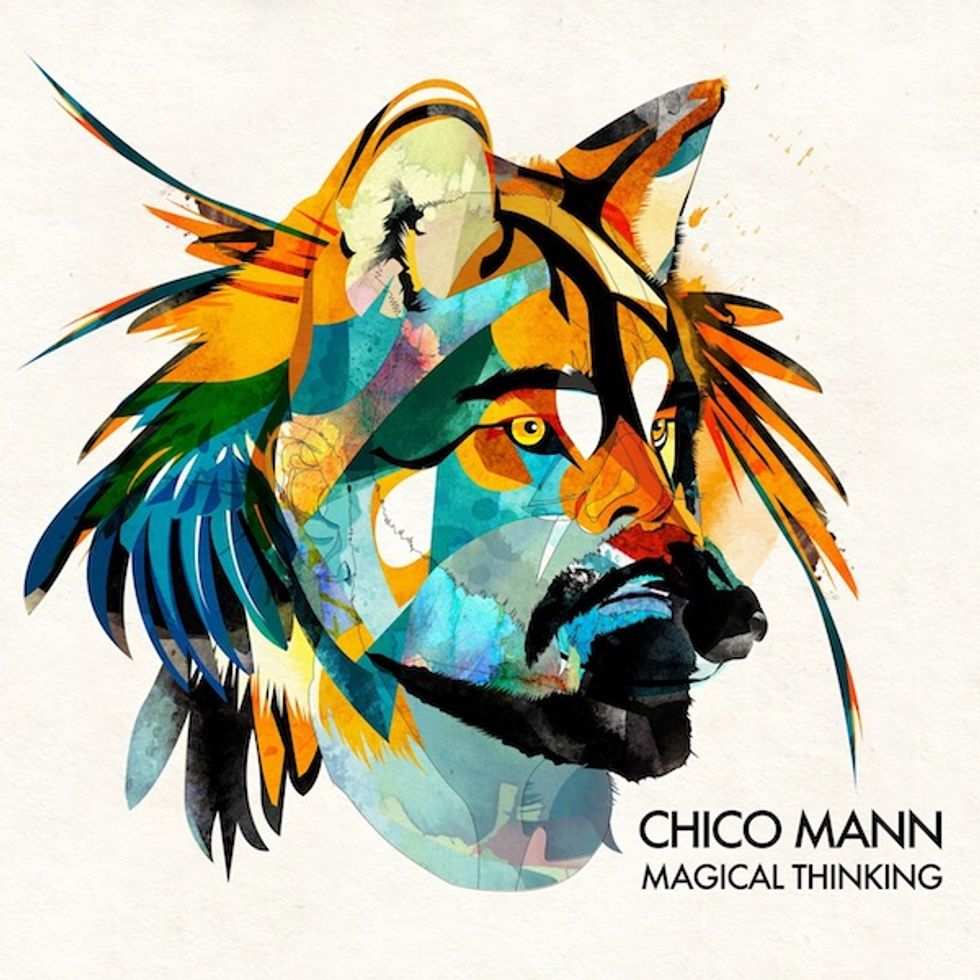 Antibalas guitarist/singer Marcos García aka Chico Mann is readying the release of his upcoming full-length Magical Thinking, out April 14 viaSoundway Records. As a palate whetter of sorts, Chico's compiled a video playlist of some sounds that inspired the new record. Stream it below and read about the influence of each tune from the man himself.

These tracks represent many different, though not all, aspects of my musical psyche as Chico Mann. They represent a variety of musical traditions and employ devices that I refer to all the time in my process [like] the use of the clave, harmony, call and response, polyrhythm, emotional motivations and cadence.

Most importantly though, I feel some kind of resonance with these songs because of the context in which I grew up; as the child of Cuban exiles who grew up in a suburb of New York in the 1980's. The more I think about it, these songs just barely scratch the surface of what inspired Magical Thinking, but they paint a really good picture of where I'm coming from.

Strafe "Set It Off"

So Jersey...hard to imagine growing up in the tri-state area and not having heard this song.

Irresistible melody, groove. Makes me feel like a little kid.

Reminds me of being a little kid when my cousins would be getting ready to go out clubbing. This song made such a deep impression on my psyche. So many Chico Mann musical devices come from this track.

My dad put out this record in 1982. Bonny and his brother, Richie, were regular guests at our house. One of my favorite tunes as a kid. Came back to it many decades later when I was imagining what El Merengue del Futuro (Merengue of the Future) could sound like with drum machines and synths in deep space.

One of my favorite Fela tunes; Tony Allen kills this rhythm. We cover this song in Antibalas.

Fela Kuti "I No Get Eye for Back"

First heard this song in my early twenties; took on a fresh meaning when I got divorced in 2012.

Cuban parents threaten their kids with "pau-pau" if they misbehave. Can't say how many times I faced the dreaded threat of "pau-pau!" Bola de Nieve is so loving and tender in this song, I can only strive to reach this level of immediacy and emotional authenticity. This song gets me every time.

These songs resonate with me on a deeply emotional and spiritual level. The only Cuba I really know is a mythical place built of stories, memories, nostalgia, and longing. My cousin, Cristina García, does a really good job of describing the feeling of being culturally displaced in her book, Dreaming in Cuban.

I have never actually been displaced, thankfully, but the feeling among Cubans in the US is palpable and is transmitted across generations. For better or worse, its part of my context as well, and probably why I feel so drawn emotionally to Celia, Arsenio, and Bola de Nieve. In reality though, the music speaks for itself. They're three of my favorite giants of Cuban music.