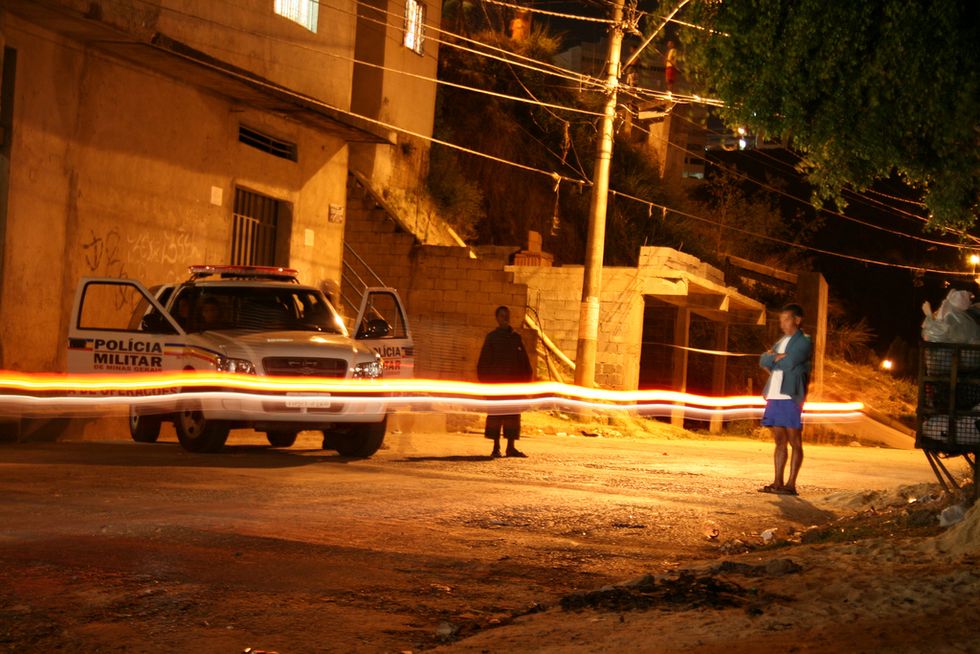 Activists from Boston met with mothers of police brutality victims for a march and ceremony held in central Rio de Janeiro.

It’s becoming quite apparent that black lives are being snuffed out by police globally (see Canada and France).

Since 2009, police in Rio de Janeiro have killed 2,500 people, according to the AJ+ video below. And between 2013 and 2015 police killings of black people, particularly young black men, in Brazil’s favela (slums) surged 54 percent with a total of 645 people’s lives, mostly young black men, cut short in the 2016 Summer Olympic Games host city alone, according to an Amnesty Internationalreport. And as of June 2016, police in Rio have already killed 100 people.

Preparation for the 2014 World Cup and the Olympics have meant a greater police presence in the favelas—65,000 police officers and 20,000 soldiers have been deployed for the latter—and as their presence have increased so have the deaths among Brazil’s black population that have been confined there disproportionately.

It’s for these reasons that Black Lives Matter activists from Boston traveled to Brazil a little more than a week ago, drawing parallels surrounding racial profiling, and unwarranted police brutality between the two countries. They met with the mothers who have lost sons in police shootings such as Ana Paula Oliviera whose son Johnatha was gunned down by police in 2014.

“When this movement comes from another country with the same reality, it gives us more visibility and our voice,” Oliviera tells AJ+. “They bring their voice to Brazil and at the same time, our voice here in Brazil is able to reach the rest of the world.”

The group of six American activists marched in solidarity with more than 200 Brazilians through central Rio de Janeiro on July 24, holding a ceremony at Candelária Cathedral, where in 1993 eight street children among seventy were massacred by a group of hooded men that included several off-duty cops (sounds much like the KKK) while they slept on the church’s steps—in what was “lawful” retaliation for some kids throwing rocks at police cars earlier that day. The incident was widely publicized throughout Brazil, but resulted in only two convictions of the perpetrators.

“It’s been heartbreaking, it’s been infuriating, and also realizing that me, being here, I’m a target. I’m a black person, and anywhere I move in the globe, white supremacy is operating,” Daunasia Yancey, founder of BLM Boston, says according to AJ+. “I hope the impact will be international outrage and that every story about the Olympics runs side by side with a story about police homicide.”

For the full story, watch the AJ+ video below.

As Rio prepares to host the Olympics, BLM activists shed light on police violence against black men in the city.https://t.co/HgVGBJnR2g