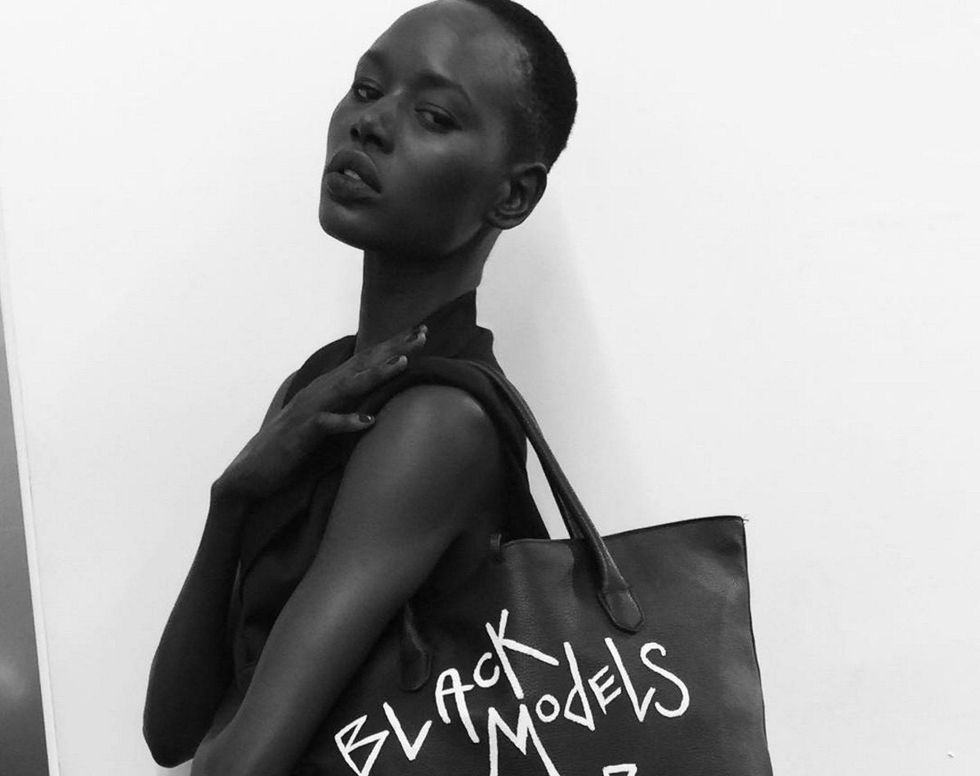 Australian-Sudanese model Ajak Deng is walking away from the fashion industry for good.

Ajak Deng posted this photo on Instagram just before her announcement.

“I am happy to announce that I am officially done with the fashion industry,” she said. “I will be moving back to Australia in order to live the life that I fully deserved. Which is real life.”

She went on to explain that she “can no longer deal with the fakes and the lies” and that her “life is too short for this dramatic life.”

Put your best foot forward. I am happy to announce that I am officially done with the fashion industry, I will be moving back to Australia In order to live the life that I fully deserved. Which is real life. I can no longer deal with the fakes and the lies. My life is too short for this dramatic life. I am thankful and grateful for every sweet souls that I have crossed path with. ??✌?️????????✌?✌?

Deng’s manager, Stephen Bucknell, told the Herald Sun that the industry’s bias towards white models impacted her ability to book gigs in Australia. “They’ll book the big Caucasian girls, spend the big dollars, and fly them in from LA,” he said, “But I’m yet to see them book a dark skinned girl in that way.”

In the past, Deng never hesitated to speak out on instances of racism in an industry where those conversations seldom happen. Now based in Melbourne, Deng fled Sudan when she was 12-years-old to a Kenyan refugee camp, where her mother later died of malaria. Her family relocated to Australia in 2005.

For nearly a decade, Deng’s high demand and success in the industry was impactful in and of itself, from being the face of global campaigns to walking for Louis Vuitton, Valentino, Marc Jacobs, Chloe and Dior.

From the looks of it, she'll do just fine in her post-modelling life.

Awe you guys are so sweet and kind. Thank you for for your concerns but I am good and very happy with my decision. I am a fighter and a go getta, I will figured out what to do next. I love you all and thank you.