Album Review: Nines’ One Foot Out is an Ode to British Streetlife 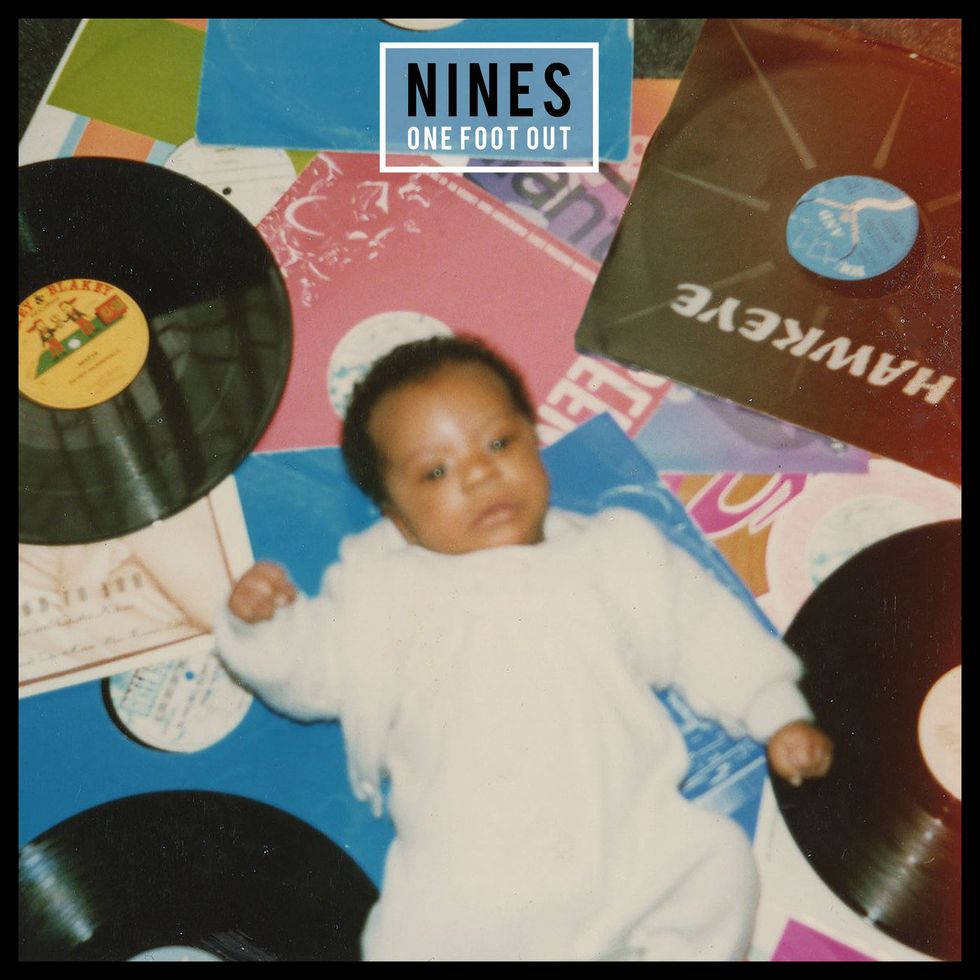 British Rapper, Nines, is back in the game with his new album that owes a lot to American gangster rap.

London—Nine’s debut album, “One Foot Out”, comes after the mixtape “One Foot In” (2015). If there's a dichotomy being posited, it must be that of music and street life—a familiar conflict of interests in Hip Hop. Yes, drug tales abound—at once defiant and confessional, sometimes bordering on regret, more often celebratory.

Track 2 “Going In” owes a heavy debt to 50 Cent’s “Ski Mask Way” off "The Massacre". Amar Baz’s beat retraces the soulful sample that Hi Tek mapped out for 50, but where the latter’s beat is languid and varied with ad-libs, Baz’ sample is restrained and the chorus is a stitch job of half bars a la DJ Premier.

For his part, Nines’ street tales are not short on credibility, but will get lost in the wider pool of street rap. On occasion, his snapshots stick out, “See my nigga get shot and run away from the ambulance cos he was unlicensed”.

J Hus’ rich voice adds good texture on “High Roller”, a song whose subject matter should make it self explanatory, but whose video shows budgetary constraints.

Scenes in a plush, spacious flat, in a convoy of plush cars, and in front of a jet are interlaced/intercut with those of hard-faced acolytes manning estates, no different from those in countless other videos that depict true street life, and poverty.

Mason Bay’s guest-hooks on both “Nervous” and “Getting Money Now”—strained and earnest—exposes two weaknesses in Nines' rapping. One, his delivery may not be strictly one note but it isn't much varied, and listening to an album’s worth repeatedly is an ask.

Two, and this is a point of contention, a British accent in a distinctly American rap cadence creates dissonance, not because Nines' delivery is weak, but because the points of contact, between flow and beat, ingrained by by a lifetime of fidelity to American hip hop, doesn't meet where the brain expects them to.

Sure as I am of my hearing, someone else, unencumbered by said American hip hop would think this total tosh.

'One Foot Out' album art[/caption]

The three songs produced by Nav Michael—“Make it Last”, “Trap Music”, and “Stacey Adams” are Drake-lite especially in the sung hooks and confessional verses, but then what isn't in today's hip hop or pop music in general? “Love 2 the Game” is no different, except that it is produced by Menace and Jevon.

Where Nines’ Roadman General narrative develops a more interesting subplot is on “break away” and “I wonder” which features the human lighthouse that is Akala.

Leave out the run of the mill braggadocio in the verses, the spoken word on “breakaway” disowns and dismisses the drug-dealing that Nines presents as found, and even champions elsewhere on One Foot Out.

On “I wonder”, he cedes moral authority to the force of reason that is Akala who muses on the futility of gang life especially when compared to international drug rings and government sanctioned arms sales, “year in year out the food gets in and out of the country but we ain't got no planes”.

Before this he asks, “your environment don't define you, but how do you transcend it?” and you wonder how much of this advice Nines himself has heeded to in light of his many dealings with the law and alleged gang affiliation.

The brightening spotlight on Nines, having signed to XL Recordings (home to Adele) late last year, and this debut album climbing to no 4 on the iTunes chart should weaken any avowal of street life.

Being a street royalty has its appeal, but royalties from the Performing Rights Society offers more, surely.