“We come to America to suffer,” Says Sudanese Family Friend of Ugandan Man Killed By Police 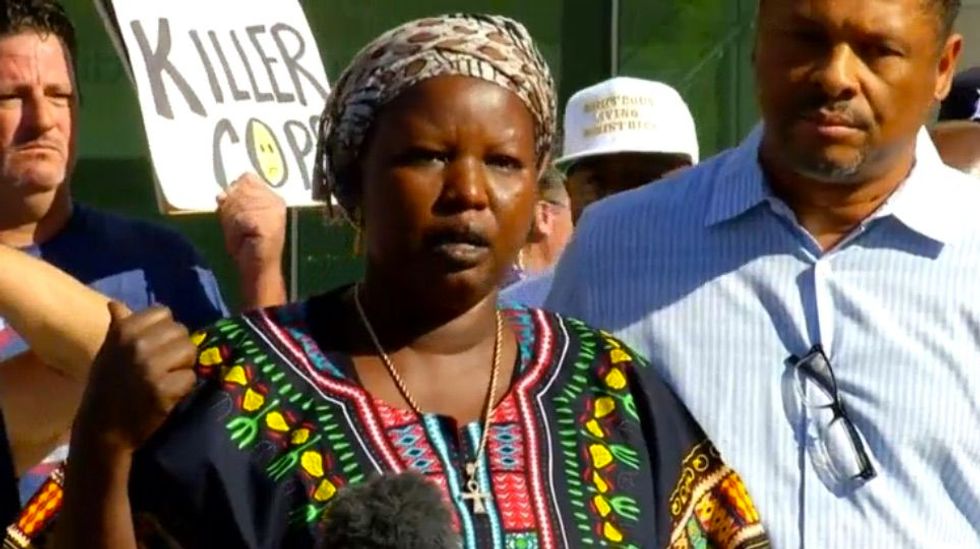 On Tuesday, Alfred Okwera Olango, a 38-year-old Ugandan man and father of two young girls, was gunned down by police in the San Diego suburb of El Cajon.

Olango, whose family fled Uganda in 1991, was killed after officers responded to a call from his sister requesting help for her brother, who she said was mentally ill.

“Why couldn't you tase him? I told you he is sick - and you guys shot him!" Olango's sister can be heard telling officers in a video captured and shared by a bystander. "I called police to help him, not to kill him," she said.

On Wednesday, police confirmed Olango was holding a vaping cigarette when he was fatally shot.

As Okayafrica’s Erin C.J. Robertson points out, Olango’s death further confirms that when it comes to police brutality, it doesn’t matter which part of the African diaspora you hail from.

Agnes Hassan, a Sudanese woman who identified as a family friend of Olango’s, spoke at a community rally on Wednesday.

“What happened yesterday, it wasn’t right. I am from Sudan, Olango is from Uganda. We were in a refugee camp together. Their family and my family–we came to this country to bring our kids, to give them better education and better future. This guy went to school. He finished school, he’s an educated man,” Hassan told the crowd.

“We suffer too much with the war in Africa, we come here also to suffer again? You never hear one police in Africa kill a man, or kill a white man in Africa. We respect people in Africa. If somebody has a mental problem, how can you not deal with him with mental problems? This is not right.”

“My heart is just broken,” you can hear her say after.