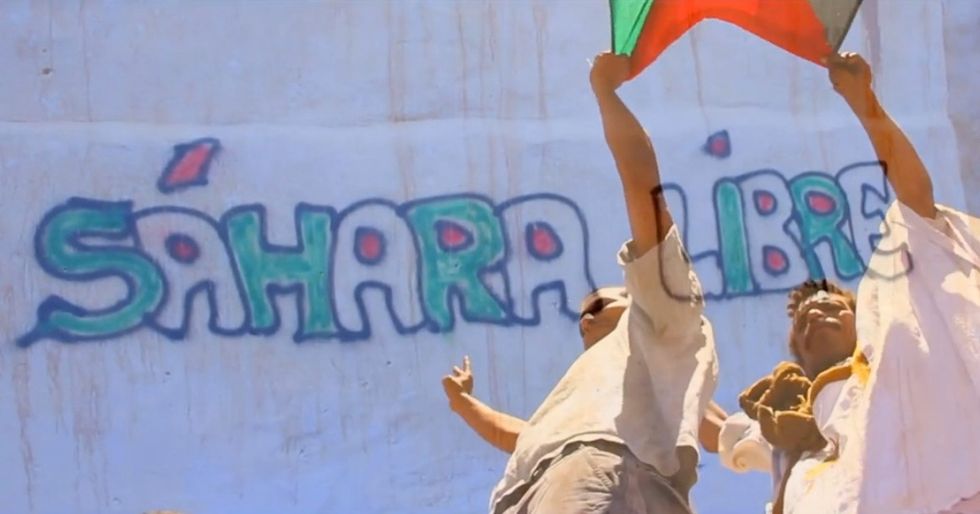 Amasotsha The Documentary on Western Sahara from three South African filmmakers who traveled to the 2012 FISAHARA Festival.

Amasotsha is the documentary effort of three South African creatives (Lebogang Rasethaba, Mbuso Ndlovu and Botshelo Motuba) who travelled to the 2012 edition of the FiSahara Festival (Festival Internacional de Cine del Sahara) – the decade-spanning cinematic project of the Western Sahara's Saharawi people. Deemed "the world's most remote film festival" by the Guardian, FiSahara serves as the visually striking backdrop for an exposé on the continent's remaining colony, Western Sahara (currently colonized by the Moroccan regime), and its Saharawi people. Most importantly, the filmmakers hope to shed light on a "solidarity movement between South Africa, Algeria and Western Sahara, and an ongoing plea for the autonomy of the people of Western Sahara." Watch the Amasotsha trailer below.