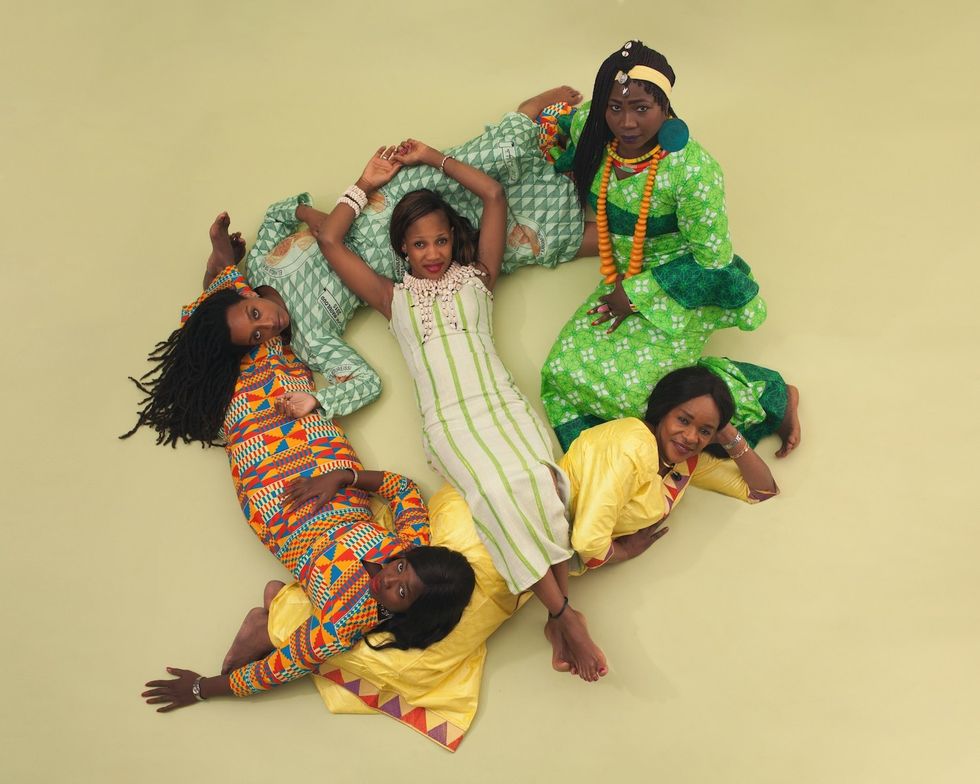 Les Amazones d'Afrique is an all-female West African supergroup who released one of last year's most moving and socially-charged records, République Amazon.

Though relatively unknown outside of Mali, her vocal delivery here proves that she's one to keep an eye on. It's no wonder she's earned the nickname La Rose de Bamako (The Rose of Bamako).

The music video for the song, which we're premiering here today, sees Rokia performing both at a Bamako nightclub and at home with her family.

"'Mansa Soyari' is a song about women. About African women seizing opportunity. Women's strength. Women's freedom. Women fighting for education," the band mentions . "Loosely translated as 'kingdom in movement,' the song refers an African queen from the past, when women held great power in Africa."

"Rokia urges women to take more responsibility and not to stay in the shadows. Look to the powerful women in history who headed kingdoms, who led the way as activists."

Watch our premiere of "Mansa Soyari" below.